The Way We Were Wednesday : My How They Grow Up 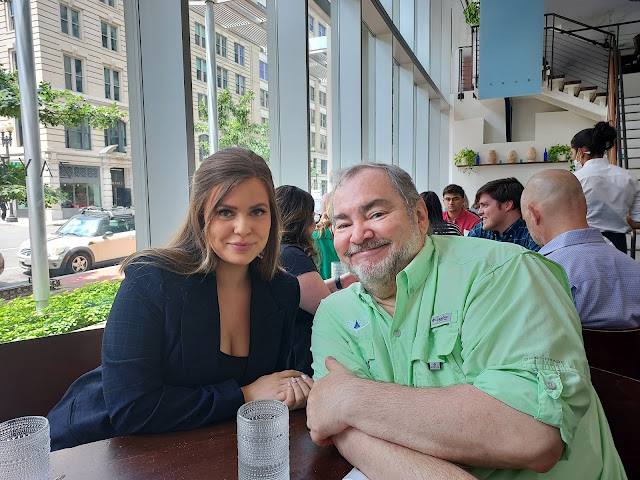 Early on in blogging, we made several friends, who have largely stopped blogging through the years.  Stephen in London got me started, one of his commentors was a woman from Iowa, who is now in Alabama (and whose blog I stopped reading when she was touting he who must not be named for President), one of her comentors was Woodchuck who last posted nearly a year ago, he connected us to Secret Squirrel, the two of them worked together.  Woodchuck was at convention about 80 miles from where we were living in 2007, and we met at the Maker's Mark Restaurant in Louisville for dinner.  Much to our mutual relief, none of us were axe murderers.  In 2008 - how can that be 14 years ago, we were in Seattle for a couple of days before and after a cruise to the Alaska, and Woodchuck, Kell (Mrs-Chuck) and their two daughter drove up from Oregon to have lunch with is (and we also met Squirrel, the then Mrs Squirrel, and kids.)  The fine young woman above was about 12 at the time, my how we have changed.

She was in DC recently for work related meetings, aka, lobbying congress on important issues.  We met her for lunch at a Jose Andres restaurant near Gallery Place.  All of this started with a guest blog post back in 2005.  My how we have grown since then.