Thursday Ramble : Going Back To There 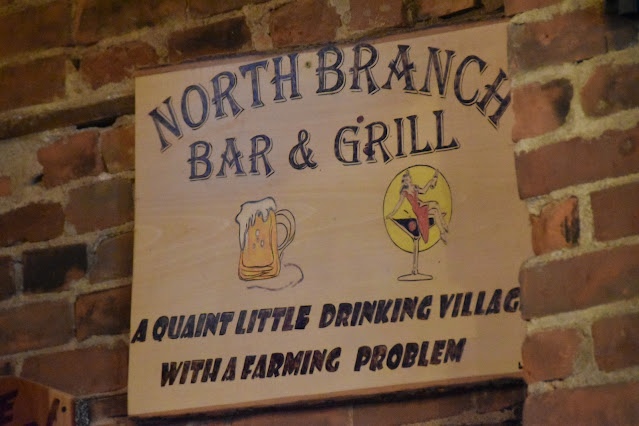 How did I end up growing up surrounded by farms?  During World War II, my grandfather was carpooling to work a Ford, one morning one of the guys he was riding with said, "Red, I am settling an estate and I have a farm to sell, you should buy it."  My grandfather was being ticketed by the city for too many bees, and my great grandmother insisting on keeping chickens running loose in the backyard, so he bought the farm. He moved the bees out to the farm, moved his parents and the chickens out to the farmhouse. After my great grandparents died, in the middle 1950's my father was unemployed one winter, he sold his house in the city and moved out to the farm.  When things picked up, he built a second house on the farm, shortly after that my grandparents moved to the farm. And that was it.

Farming has changed.  50 years ago every section* had at least one dairy herd, in my recent visit I saw one dairy farm in the entire township.  Farmers are growing more beans - mostly soy.  I was pleased to see a fair amount of wheat.  Corn is the dominant crop.  There are few beef herds around.  Many of the old farmhouses are gone, or have undergone massive renovations.  There are more and much more modern grain elevators around.  The railroad tracks are gone, the station is gone.

There are still a lot of vegetable gardens, some of them massive.  That was always a summer joy when I was growing up. Goodies fresh from the gardens.

There are a few more paved road, though the house I grew up is still a mile and half from the nearest paved road.  The house I grew up in has long had new owners, who have made some changes, but also allowed the forest to engulf the property.  Where I spent summers digging out the underbrush in the ditch line across the front, they have let it grow to the point that you almost can't see the house from the road.

The old farmhouse that my grandparents lived in, has been remodeled and a second story added.  A couple of new barns have been added.  And again nature has reclaimed the front lawn, obscuring the house from the road.  My grandfather would not be pleased.

The Bar and Grill moved down the street a few doors, to much larger and much nicer space.  And the menu has expanded from hot dogs and burgers, to a wide variety of very good food.  There are only a couple of restaurants in town, my sister assures me it is the best.

So what took me back there?  My sister is living there.  Her husband has terminal cancer.  I had not been there for a couple of years.  His condition is much worse.  They needed someone to talk with, someone to listen.  It was a hard trip, I am glad I made it.

Everytime we say goodbye to someone, there is a risk it may be the last time.  At times that risk is greater, and harder to take.