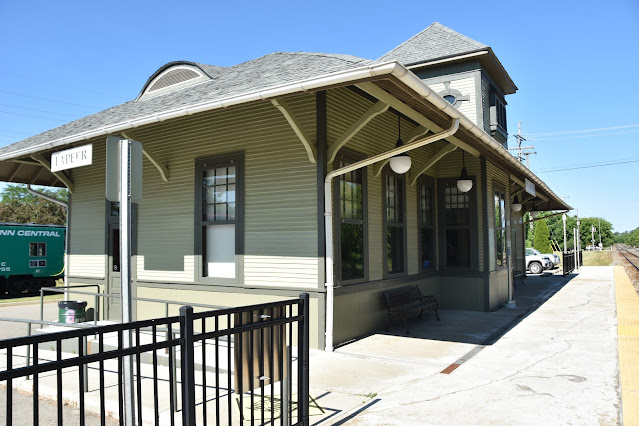 It sometimes surprises me the things that will trigger memories.  I was cutting around back streets on my way back the hotel I was staying in one afternoon and I stumbled across the passenger rail station in Lapeer Michigan.  It brought forward a couple of very distant memories.

When I was kindergarden or the first grade, the school made arrangements for the entire class to ride the passenger train from Lapeer to the next stop east Imlay City.  Probably 10-12 miles. I don't recall if we went to the train by bus, or parents driving.  I do remember that my mother put me on the train, and left, meeting me at the other end of the ride. I don't remember anything of the ride, other than getting on and being picked up at the other end.  It was 20+ years later the next time I rode a passenger train, from Winter Park Florida to Tampa and back, because you could.  We went shopping and had lunch in Tampa.

My other memory of the train station in Lapeer involves live bees.  By federal law at that time the post office had to transport live honey bees.  The bees were in cages, with screen mesh sides, and are rather terrifying.  Back in the 1960 there was still postal rail express. If more than a crate was coming in, they usually came in by train. For some reason my mother went to meet the train in Lapeer and pick up the shipment one time and I remember going with her.  The bees make a frightening noise. The train crew was happy to offload them, and proud that they had arrived alive and well.  I understand the postal service still delivers live chicks.

Only two trains a day, but there is still passenger rail service in Lapeer.  I should ride it one day - just because I can.  I will need to remember to be fast getting on or off. 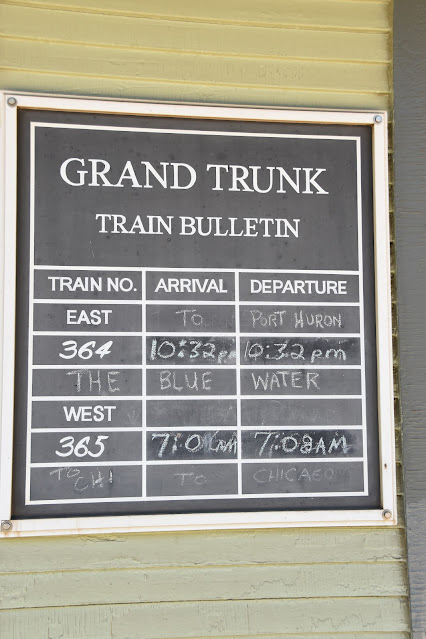