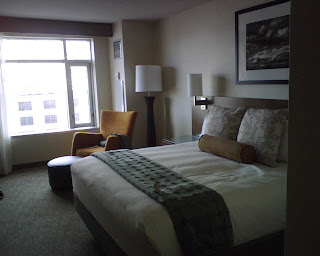 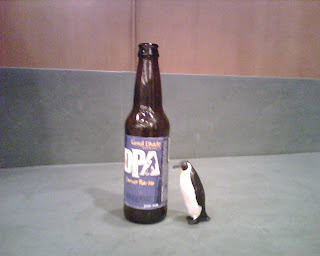 There is more then one way to make it through a board meeting.
TR
Posted by Travel at 8:39 PM 5 comments: 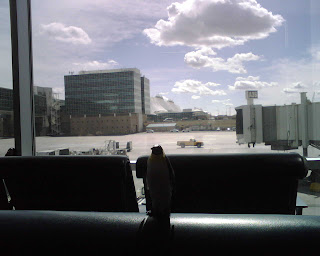 It took 28 hours to fly from Denver to Lexington, Kentucky. We could have driven it faster and gotten more sleep. It rained in Chicago; that is all it takes to upset the entire air traffic control system across the middle of the country. We checked in at Denver just after noon on Friday expecting to be home in bed in time to watch the late news. Within minutes the signs showed that the flight would be delayed (customer service didn't make an announcment until about two hours after the original departure time.) The flight was then delayed again; visits to the friendly customer service agents (more like agents of the underworld) and calls to customer service yielded nothing more then "it rained in Chicago, your flight has been delayed." Finally about 3 hours behind schedule we boarded the plane and taxied out, only to have the captan come on and tells us that the plane was broken and the cabin crew was "expiring" (I was starting to know how they feel!) We returned to the gate. Ten minutes later they decided that the plane might take a couple of hours to fix, and the flight attendents (there for your safety, like the paper band around the toilet seat in a cheap motel) had been on duty for 15 hours and were no longer legal to take off on another flight. Cell calls and long waits at the customer no-service desk rendered news that the flight had not been cancelled, but delayed, the 3:15 PM flight would depart at 6:00 AM. Shuttle off 20 miles to the convient "hotel" provided by the airline (stylyish in 1975, the last time it was redecorated) with instructions to be back at the airport for a 4:00 AM check in. Alarm set for 3:00 AM, taxi reserved for 3:30 AM(the "hotel" shuttle could not get me to the airport for the required check in at 4:00 AM, the desk warned my that by 4:30 the airport would be a "nuthouse" with all of the delays and cancelations. We finally leave Denver at 6:37 AM bound for the airport that puts the "dis" in disfunctional, O'Hare. If there are clouds in the sky or heaven forbid it rains sometime in the past 36 hours within 30 miles of the place, O'Hare becomes a huge waiting room for thousands of hot, cranky passengers and a parking lot for lots of pretty airplanes. At this point Airline A handed me off to Airline U; I guess they had heard enough of me. We were booked on a 10:26 AM departure (better then airline A's 8:10 PM flight that is nearly allways 2-3 hours late.) The 10:26 AM rapidly became the 12:12 PM, then the 12:34 PM, then the 1:45 PM, then the 1:46 PM, then we finally boarded, taxied out and waited for 50 minutes to take off (without air-conditioning; the APU failed and the flight crew decided that it was to risky to try to offload the passengers, the risk of un-armed revolt was far too high.) We finally arrived home about 28 hours after first checking in at Denver, we could have driven it faster and gotten more sleep.

More later, Denver was fun but my wings hurt. 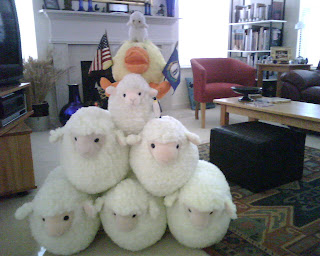 This is not what it looked like on the nature chanel. Annebele the duck with flags coming out of her legs decided that she would organize a little sheep herding. She has tried a couple of things and today things, well sheep that is, just seemed to pile up like cars on a foggy freeway. Maybe it is the Asian origin of the flock, is this how they herd sheep in China?

So what is happening? 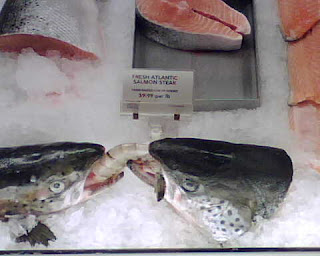 I have been hanging out at home, resting up for the next trip. We are headed to Denver next week for a few days. That will be fun and different. Did anyone hear the NPR story about the dogs being used in Australia to protect the nesting penguins from foxes. Apparently foxes just live penguins, but not in a good way. The dogs are on loan from a free range chicken farm and have been very sucessful at protecting the nesting area. The only problem seems to be that the dogs get bored after a week or two and swim back to the mainland.
TR
Posted by Travel at 7:47 PM 7 comments: 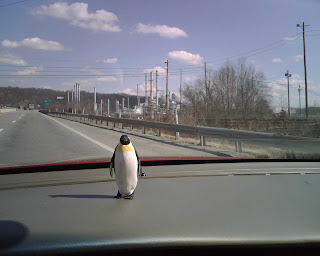 DooWayne, yes that was the name on his “business” card rescued us to get this trip on the road. We went to leave for West Virginia last week and the electrical system in Big Red went dead. How dead? The trunk wouldn’t close, that’s right, the trunk won’t close without electric power. Doo had several extra holes in his face with metal sticking through them (extra car parts?) and jeans hanging down extra low all the way around. And, he knew how to clean the corrosion off of the little $2 part that kept Big Red from starting. His magic worked, things came back to life and we were off.

I can tell when we are getting to close to the West Virginia boarder when I can smell the oil refinery that startles the state line. I just love the smell of an oil refinery in the morning, reminds me of sunrise in the Bahamas, but that is a very long story.