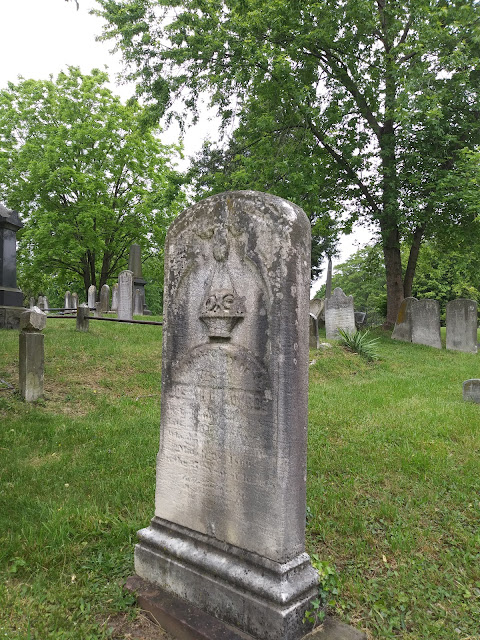 The Adams Family taught us that things that are spooky and gholish, needn't be scary, they can also be fun, nice, accommodating. Treat the family well, and they are generous and kind, the experience will be an adventure.  Treat them poorly at your own risk.
Are you ready for Halloween?
Posted by Travel at 12:00 AM 9 comments:

The Sunday Five - A Nice Place to Perch 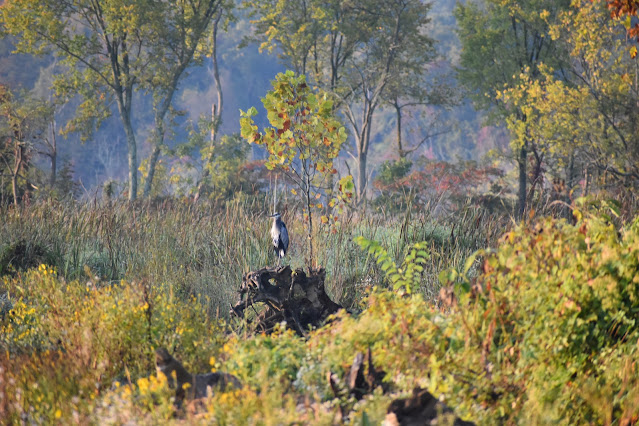 That tree stump, is this birds favorite place to perch, to watch the world go by.  He/she is often there.  Favorite places to perch, this weeks Sunday five
My answers:
Please share your answers in the comments.
Posted by Travel at 12:00 AM 23 comments: 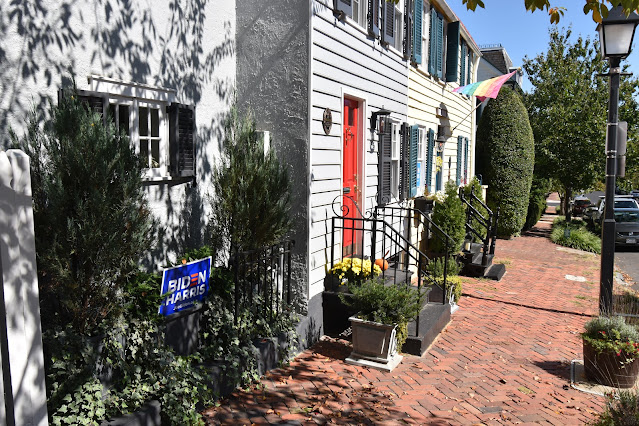 I have voted, and I have been wearing a hat that reads "Flush the Turd on November 3rd" and a T-shirt that says "Won't you shut up, man" "Biden 2020."  In the office I am the "on-line-survey" platform guy.  To assist a researcher I sent out an online survey to state election directors, an unexpected email asking them to click on a link and complete a survey.  I am glad to report that the security experts they are working with have instructed them to NOT CLICK ON ANY LINKS.  (Opening attachments and clicking on unknown links are the leading ways of having your computer system compromised.) They are taking security seriously, making it not a good time to try to survey them.

As members of a society, it is our obligation to make choices and vote.  Many years ago, I got busy one gubernatorial election and didn't vote, I spent the next four years suppressing my grumbles by reminding myself I hadn't voted for or against the idiot in charge.  Any time I am tempted to not vote, I remind myself of that missed vote.

This is a critical election.  If you are in the USA, vote, drag a friend along, one under each arm if you can and have them vote.  If we win, we will have four years of defending our choice, if we don't, we will be entitled to say I voted against the @$$#0!& for the next four years.  I can't control the outcome, but I can control my contribution.

Together we can make a difference.

I will leave deeper political commentary to others. 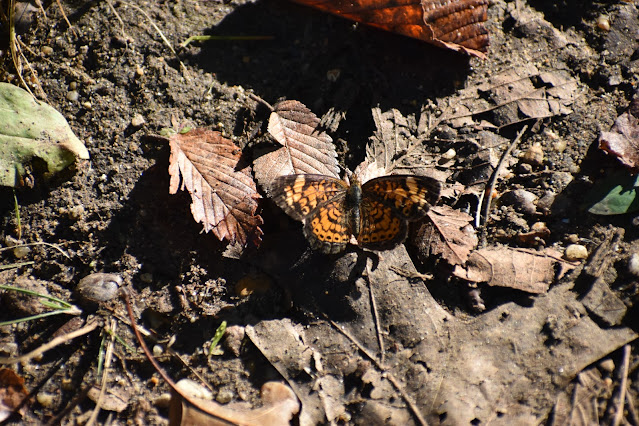 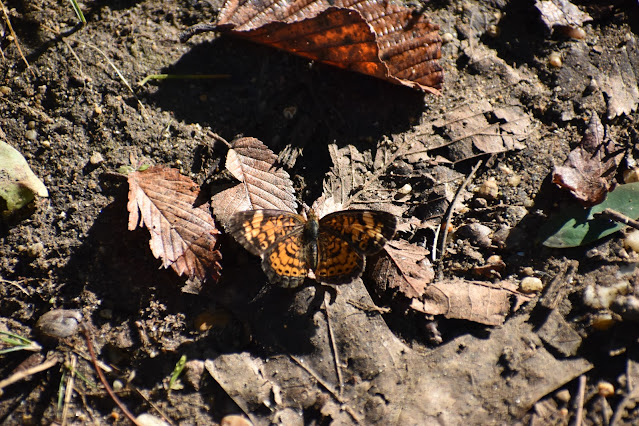 Let me start with, I am not sure if this is a butterfly or a moth.  All I know is it flittered down in front of me, and paused long enough for me to snap two quick images.  Back when I was a wee-penguin I spent a week at a summer camp near Port Austin Michigan.  One of my tent mates was an avid butterfly collector.  He had the nets, the killing jars, boards, mounting pins and an encyclopedic knowledge.  Looking back at it I had a crush on him.  He was so bright and interested in arcane subjects.

I bought a guidebook, and a net.  I tried chasing butterflies and moths. They are fast, hard to catch, and if you are stuck in one place as I was on the farm at that time, there are only so many varieties around.  I gave up.

Later in life I have learned to be patient, and wait for what comes by.  I have to keep my eyes open, but I don't pursue. If I get the picture I do, if I don't, there will be next time.  And concentrating on photos is much more humane than collecting specimens.

When was the last time you paused to watch whatever came by?

I Have No Idea What Made Me Remember These Stories 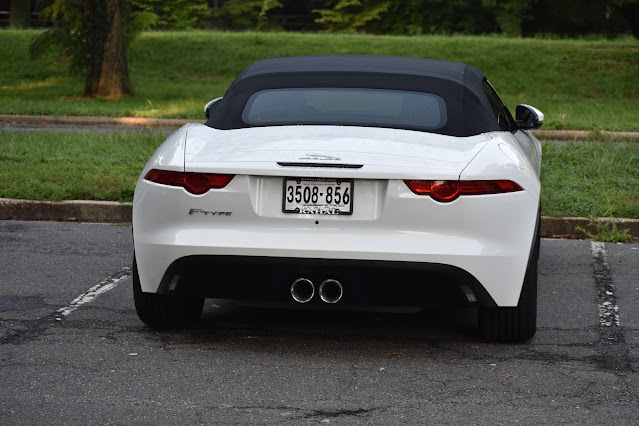 I had a gym friend in Orlando who ran a small business with his brother. Bob was a memorable character,  he spent 36 hours as Marine in Viet Nam, stepped on a landmine, and lost part of one leg.  When you met him he would introduce himself and tell a joke.  What do you call a guy in a swimming pool with no arms and no legs, the answer is Bob, because he just sort of bobs up and down.  He would slip off his artificial leg and say, now you are never going to forget my name are you?

Bob and his brother went to New York for a conference.  When they returned I asked Bob about New York, I had never been there.  He said, you know my younger brother, he comes into the gym in the morning when he is not cheating on his wife.  Yes, I had met him.  He proceeded, the two of them were walking down a street in New York (this would have been about 1990) and an enterprising self employed entrepreneur approached them and offered certain personal services for what the brother considered a good price.  The younger brother and said business person disappeared down an alley and reappeared a few minutes later with the brother having a smile on his face. The brothers went to a bar, ordered a beer, and when they went to pay, the brother discovered his wallet was missing.  Bob described his brother calling his wife to cancel the ATM card, and American Express card, explaining that he must have encountered a pick-pocket, with Bob falling of the bar stool shouting "more like a prick pocket."

I can remember the last time I was offered the services of an enterprising self-employed entrepreneur. I was in New Orleans for a conference and out for an early morning walk in the French Quarter.  A V-12 Jaguar slowed to walking pace, pulled over near the sidewalk and rolled down the window. The business person said, "hi sugar, are looking for anything in particular or just a good time, I'm available this morning!"  I simply said, "thank you, but not today, I am just out for a walk, stay safe." The reply was, "you too sugar" and the window rolled up and the car wooshed away. In a moment I thought, a New Orleans prostitute is driving a nicer car than I will ever own, where did I go wrong?

I hope they are all staying safe,

The Way We Were Wednesday - Babies 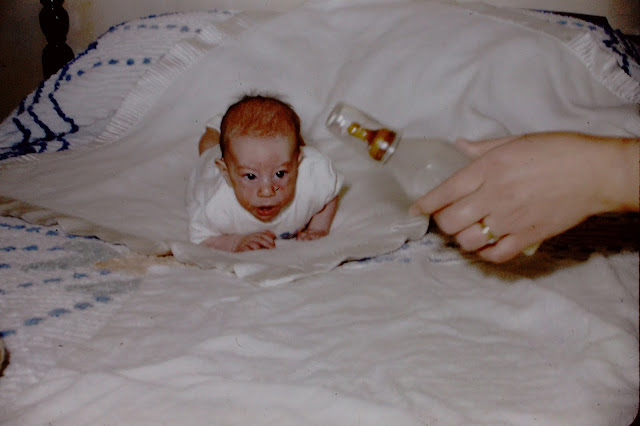 And they say all babies are beautiful.  I see a face filled with determination, to make it, to push forward, to overcome the odds, to prove the naysayers wrong.  To forge a personal path in the world.  Pretty, well not really; beautiful, only in the eye of the beholder.
Were you a pretty baby?
Posted by Travel at 12:00 AM 27 comments: 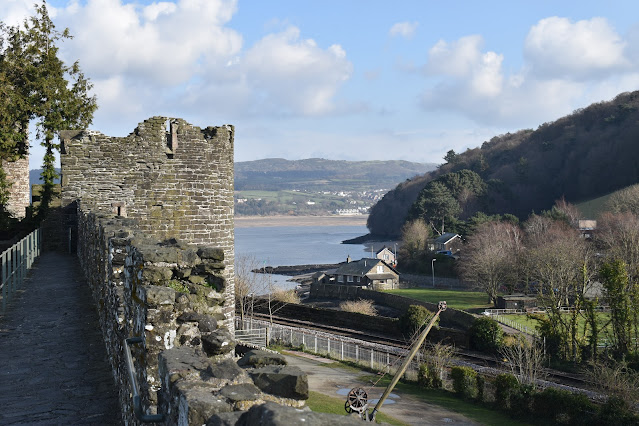 The first website site that I created and posted content on was Virtual Tourist, the site closed down in 2017.  Virtual Tourist had tons of user generated content, photos, travel tips and a very active user forum section.  You could go on the site and visit far away places without leaving home.

It seems no one is traveling much this, year, and I have to admit for this travel addict it is not always easy.  I will end the year with fewer than 20 nights in hotels, I haven't had an airline reservation pending since March.  Unheard of.

Somedays I just need to go someplace.  A few months ago John Gray posted a link to a local news story in Wales. The story was on the website of Radio Colwyn Bay, reading the story I discovered that they have a live-stream of local radio. Just what I need some days, local radio, from 3,500 miles away.  Check it out. There is a UK based site with a bunch of online streaming options, it is nice to hear about the traffic jams in London, and the local news that does not make me cringe.

Is there a local radio station in your city I should listen to?