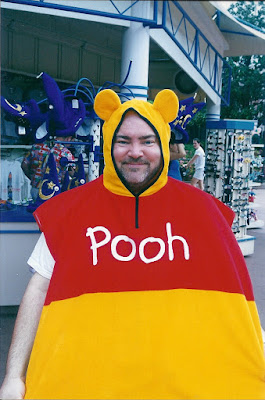 20-years ago this summer we moved from Orlando, to Lexington, Kentucky.  From a place that only needs one name for most people in the western world to know where you are talking about, to a place people have to look up on a map, the number of times people have said, which is on top, Kentucky or Tennessee? Tennessee is the bottom.

When we were leaving Orlando I was being secretive with my employer, they had a reputation of screwing over employees.  Someone, and I know who, told my boss I was moving, and two weeks before when I was planning to leave, the company quit paying me - and I took a couple of weeks off rather then working up until we left.  I never did get paid for the last two weeks that I had worked - the boss's answer to my demand to be paid was "sue me, I know you are leaving town in a couple of weeks, kind of hard to sue from 1,000 miles away."  He was right.

So we had a couple of weeks of free time before we left Orlando.  To break up the monotony of packing boxes, we indulged with visits to our favorite places every-other-day or so for a couple of weeks.  The picture above was taken at EPCOT, far back corner of the World Showcase.  The Pooh suit makes my sweet bear look four times the size he was.
Posted by Travel at 6:00 AM