Our Neighbors to the North 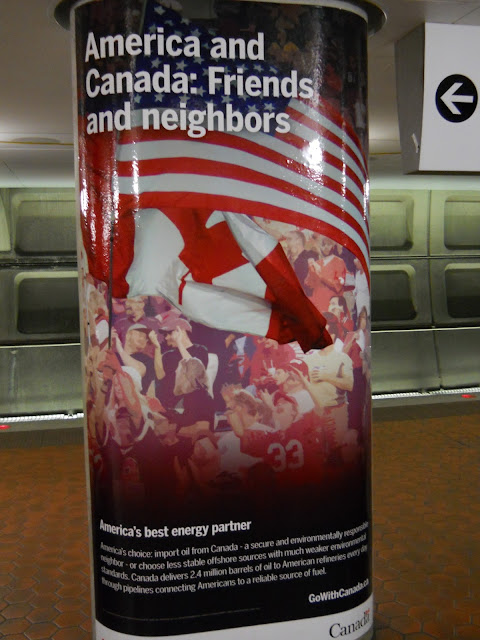 I can remember as a child my grandmother and great-grandmother going to Canada for lunch and shopping.  There were more traditional British goods easily available so they would slip over and do shopping that reminded them of home.

This was long before passports were required.  The Canadians seldom asked anything other then how long are you going to stay, but to get back into the USA they asked where you where born and if there was a question, you needed some evidence that you had a right to enter the USA.  My grandmother who was born in London, but largely raised in the USA, would lie and say she was born in Toledo.  She would identify my great-grandmother as her mother and they never asked where she was from - Swansea in Wales.  My Grandmother became a naturalized citizen in the 1960's  - she had been in the US since a week after the Titanic went down.  I don't know as my great-grandmother every cleared up the paperwork.

The last couple of times I drove into Canada, the Canadians spent 2-seconds looking at my passport and 3 minutes asking me where my guns were.  (Easy answer, home where they belong.)  Getting back into the USA always involves being asked what you bought and how much you spent.  About 10-years ago my parents were coming back from having lunch and buying some over the counter medications in Canada, that were not over the counter in the USA, and my mother responded to the nice officer that they had been in Canada to "buy drugs." They spent 2 hours waiting to explain that one the boss - who waived them away when they showed him that they had bought Claritin-D.

Getting back into the USA with a passport is easier.  This year I enrolled in Global Entry, yes I gave them all of my personal information, let them do a back ground check, fingerprint and take my picture.  I figure they know more about me than I do.  It speeds up getting back into the USA, no forms to fill out, just answer the questions on the ATM and scan my finger prints and take a picture.  Well worth it for the express lane home.
Posted by Travel at 6:00 AM