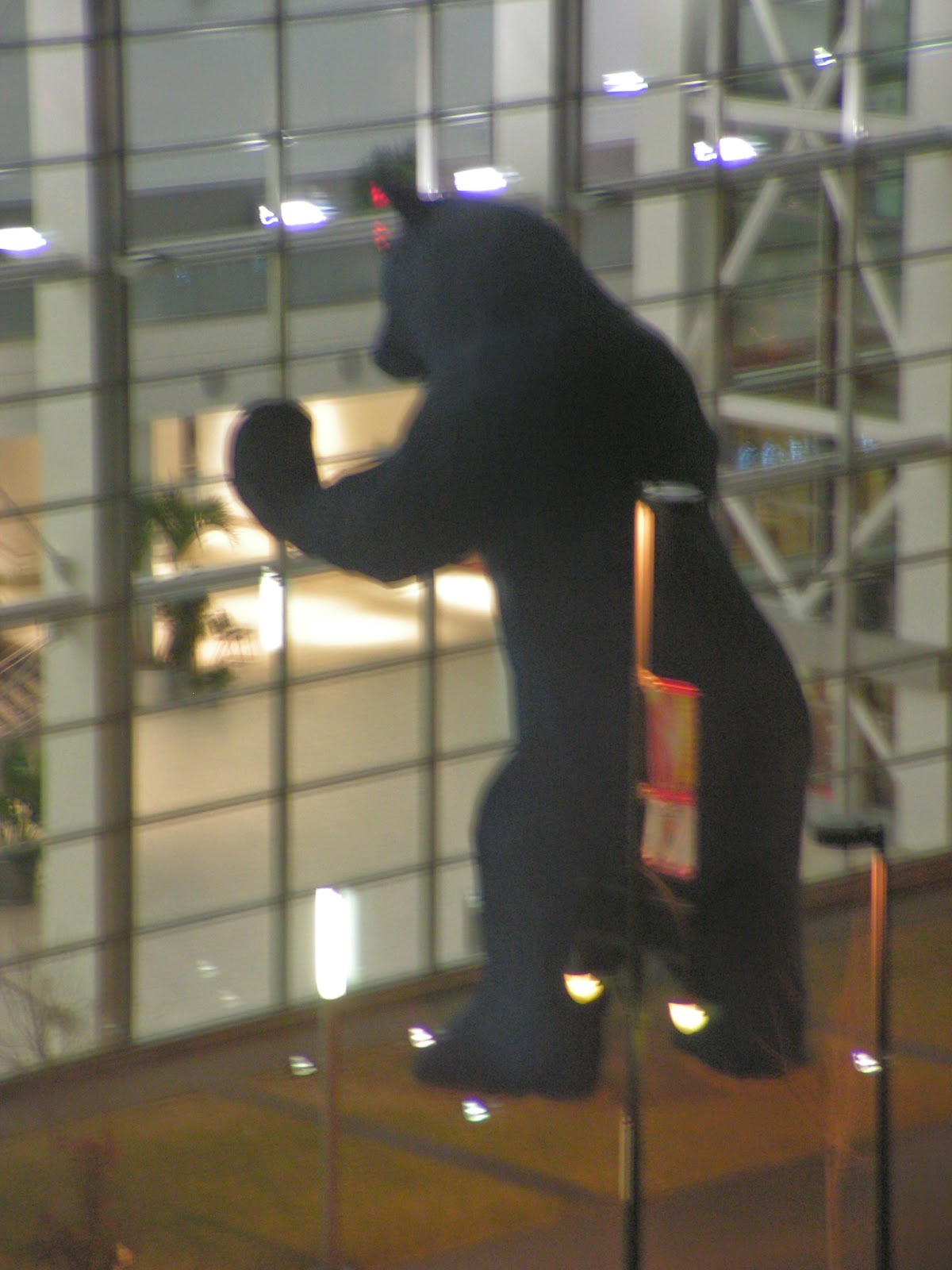 I like bears, big and warm and fuzzy and grumpy.  Kind of like me.  I have seen a few of the four footed variety in the wild - that is a real thrill.  I'd much sooner see them in the wild than in a cage. They don't really make good house pets.  I have met a good number of the two legged variety.  I have never been to a bear gathering - but I likely would feel welcome in the crowd.

Florida recently allowed bear hunting for the first time in decades. Allowing the hunt was in part a reaction to a few yankees finding bears taking out their garbage, lolling in a tree, or taking a dip in the pool and people panic and say kill the bears. The hunting community is always looking for sport. I think we should arm the bears and let them shoot back - that would make it real sport.  The bears almost always lose on these deals, man kills a hell of a lot more bears, than bears kill people.  We need to level that playing field.  Maybe if the bears were the size of Big Blue above.
If you have seen Big Blue in the picture above, leave the location in the comments below.