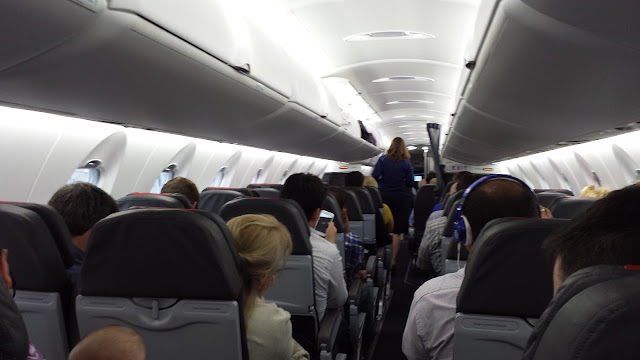 There are people who hate us, who would like to destroy us based on who we are.  They struck in Paris last weekend, how profoundly sad.  Hate, masked as religion.  It is truly tragic.  And it appears that at least one of the criminals slipped into France as a refugee along with thousands of others.

I have never had to flee my home in fear of war, or threats to my safety.  I don't understand what it is like to be a true refugee.  My grandmother's family left England on the eve of World War I, they never talked about it and were all gone before I connected the dates to ask.  How sad.  Many of our ancestors came here as refugees, others fleeing poverty. The great melting pot of America was filled with people in search of a better life.

At last count 18 states have declared that they won't take in an Syrian refugees who are Muslim.   Ah, sorry, but immigration enforcement is done at the Federal level.  No state requires a passport for entry. States can't refuse to let someone cross the boarder based on national origin or religion.  Some of the more enlightened idiot governors have said, they will simply refuse to use government resources to help Syrian or Muslim refugees.  Um, the Civil Rights Act makes that illegal to discriminate based on religion or national origin.  If the state spends a penny and discriminates based on a protected class, they will be successfully sued.  It is stupid, hate filled political rhetoric, kind of like the hate filled rhetoric we are afraid of.

It is time to get religion out of politics.  The United States was not founded as a Christian nation, it was founded as a place of free exercise, including the non-exercise of religion. While the founders were primarily christian, there were also Jews, agnostics, atheists and others who fled here.  Don't forget, it was illegal in many states to be Catholic, until independence.  The founders knew all too well the toll that mixing religion and politics could cause.  When we read about the many wives of Henry the VIII, we tend to focus on the wives, the sex and the quest for an heir, what we overlook is the turmoil that changing a state religion caused.  It was a social disaster.
Posted by Travel at 6:00 AM