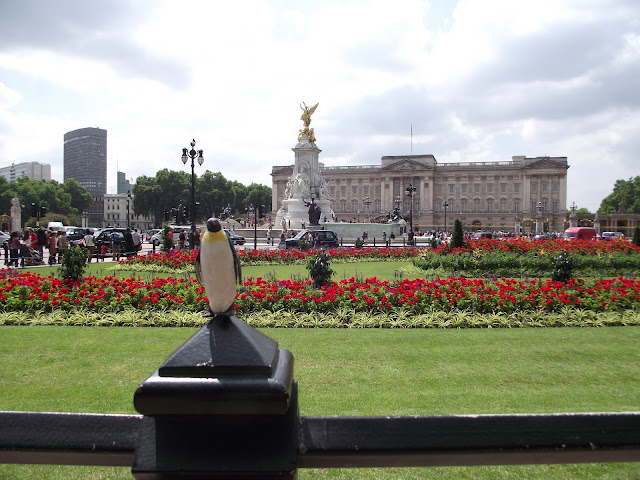 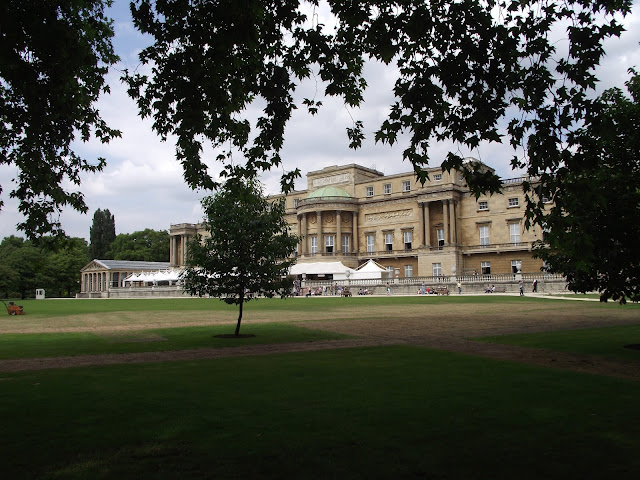 I received an email this week announcing the opening of Buckingham Palace for summer tours. The first time I was in London, way back before the internet was invented, all you could get into was a small art and history gallery.  But a few years ago in an effort to raise a little cash for maintenance and renovation and in an effort to improve relations with the peasants public, the decision was made to run a summer Open House.  The last time I was in London, in 2011, I made reservations and away we went.  No photographs are allowed in the palace.  The second picture above is the back yard, as I recall John Gray was there for a garden party with his sister last year.

I enjoyed the tour.  The spaces are grand and historic.  It was well worth the modest admission fee.
Posted by Travel at 12:00 AM