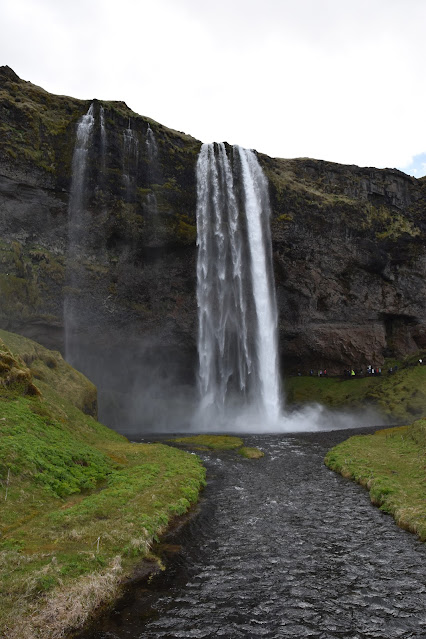 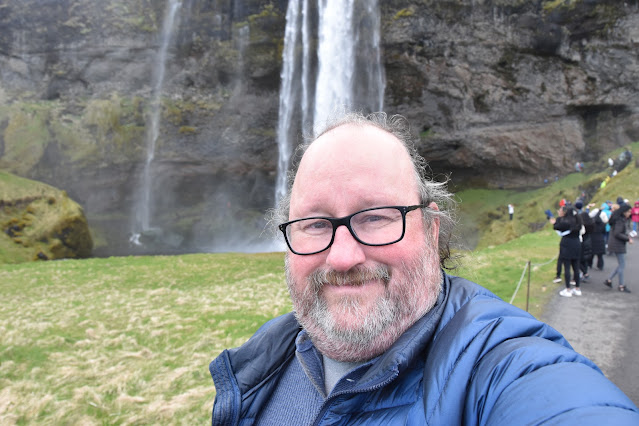 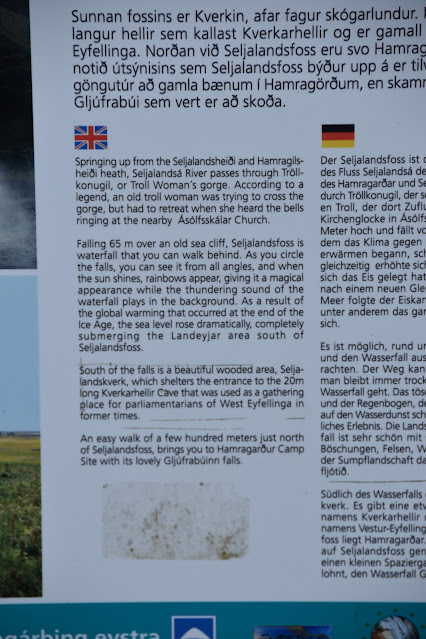 The women sitting in my row on the plane back from Iceland (the middle seat was empty!) said, "there are 200 named waterfalls in Iceland, and in past two weeks she thought she had seen all 700 of them." Seriously there are probably 10,000 waterfalls in Iceland, and about 200 of them are named.  At one point I stopped to take a photo of a bay, and when I opened the car door I could hear water running down the cliff face behind me. I turned and there it was, no name, no sign, just spectacular.

This one is noteworthy for two reasons, the height, and you can, if you are prepared to get drenched, walk behind it.  It is about 2.5 hours drive east of Reykjavik on Iceland 1.  Just before you get to this there is a turn off that goes to a ferry, take that turn, it is a 15 minute drive to one of the most spectacular black-sand beaches in the world.  I didn't have a waterproof coat with me, though I did have a waterproof camera in the car.   We didn't walk around behind, but we did some great photos.  I took a photo of a sweet couple from Spain with his Nikon D40.  Neat!