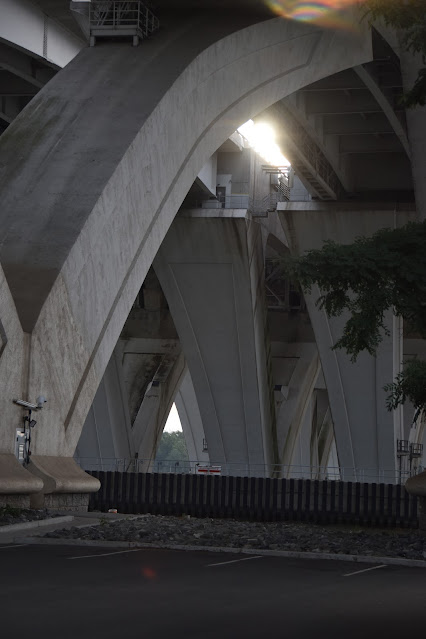 The new Woodrow Wilson Bridge crosses the Potomac River near where we live.  This was a replacement for an older bridge that was always congested, any minor traffic issue would back traffic up for miles.  An accident could close the main highway around the DC area for hours.  The new bridge was built in the early 2000's, opening around 2009.

Bridges are wonderfully symbolic.  Bridges are connections, in this case connecting two states, and completing the circle route around the Capital city.  Drawbridges open to allow traffic, and at the same time break that connection - at least temporarily.

This bridge is a marvel of engineering, and Jones Point Park provides a wonderful view of the underside, as traffic speeds by overhead.  We were married in that park.