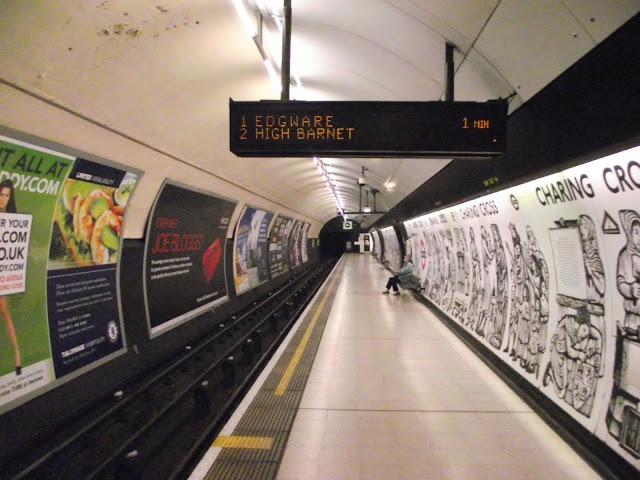 I like public transit, more specifically I like subway trains. I like being able to move around the city without having to deal with traffic and parking. There are some great systems around the world, they say the system in Paris will get you within 10 minutes walk of anyplace you want to be in the city, the system in London covers much of the city.  Like DC, or Chicago, the system in Rome does a good job, for where if goes, but is not as extensive as it could be.  Athens greatly expanded their system when they hosted the Olympics.  I understand the most reliable systems in the world are in Tokyo and Moscow. I look forward to exploring the system in Tokyo someday.

The DC system is about 40 years old, 40 years of not quite so begin neglect.  It has become unreliable.  It has suffered through mismanagement, and complacent staff.  In an effort to fix this, it will be undergoing a major rebuild over the next year, it is being described as three years worth of work in one year.  As a result, I don't know how I am going to get to work for two weeks in July.  The line I ride will be closed for rebuilding.  There is not a good work around.  Busses can carry part of load, but there are not enough buses and they will compete with traffic.  I guess I could get up and drive to work before sunrise, and home midday.  Not a good option, but it may be the best option.

I can only hope when it is done, it will work, as well as London, Paris, or Rome - to dream of Tokyo quality service is I fear unrealistic.
Posted by Travel at 12:00 AM