Has My Cover Been Blown? 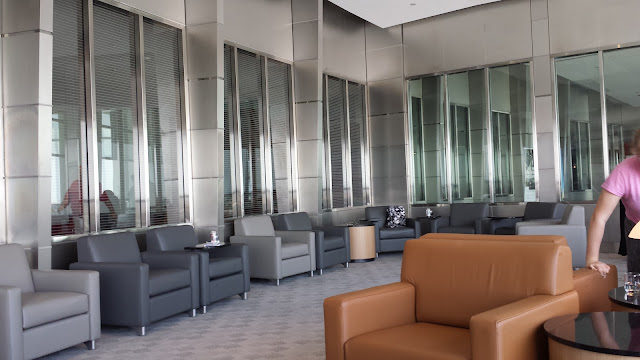 For most of the first decade I didn't post pictures of myself on the blog.  The original idea was pictures of Travel Penguin, who still travels with me, but the idea of daily penguin pics was not practical and the blog became more personal and I post selfies from time to time.  Very early on the blog, I posted pictures of travel penguin at the Lincoln Memorial, and someone posted a picture in a comment, of me taking the picture in the Lincoln Memorial.  I was a little surprised, it is a small world.  Recently I posted a picture of myself relaxing in an airport at the start of a great adventure and picked up a comment that the orange shoes confirmed that I had been spotted in an airport - but my reader didn't quite know what to say.  I know the feeling, I spotted a blogger in France 5 years ago, based on the car they drive, and tried to say Hi, I read your blog, turns out their English is as bad as my French.  Wednesday morning I sat next to a national TV journalist, and couldn't think of a single thing to say - I couldn't think of his name - but then I am not good with names and faces - just ask Mrs SW2-28.  What to say, "I think I read your blog?" Bloggers are generally a nice bunch of people.

Heading out on this adventure I had a bit of a circuitous route, DC to Detroit, Detroit to Philadelphia, and Philadelphia to Rome. I am traveling on frequent flyer miles and this routing was 60,000 miles, DC to Philly, Philly to Rome was 120,000 miles.  Airline logic. With the recent news about delays at airport security, I arrived early and breezed through TSA precheck at National (DCA.)  I think there were three people in front of me, and the only delay was the person in front of me not stuffing her things in the x-ray machine fast enough.  I had long layovers in Detroit and Philly, so I splurged on an executive lounge day pass ($50.)  I rarely do these, but with three hours in Philly before a 9 hour flight it was nice to be able to stretch out in someplace quiet.

It was a long flight, about 9 hours.  I am getting better at overnight flights, but I still dislike them.  I arrived in Rome, despite the nearly 4 hour connection time in Philadelphia, my checked bag missed the flight. My late mother in law taught me to always carry at least a 1 day contingency plan in my carry on.  I am good for a day, and the bag should catch up with me by then.  If not I get to go shopping in Rome - it could be worse the last time I had a bag delayed going out I was in god-forsaken Alabama and the only shopping option was Walmart.