Why do we ride bikes 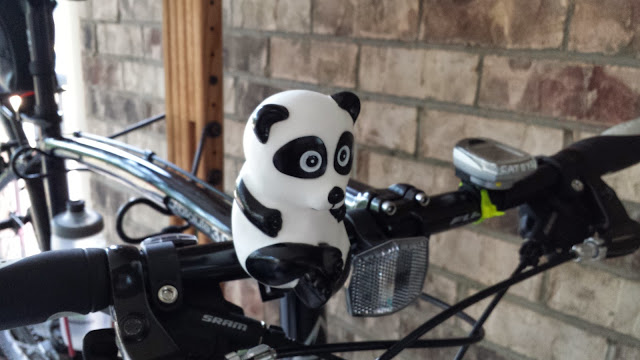 I have been following the journey of Eric Hites, Aka, Fat Guy Across America, the self proclaimed fat man riding a bicycle across the United States.  He started in the northeast, went south to Florida, and is now in Louisiana.  He is on a journey of exploration and seeking.  He is learning about himself, people; seeing America along the backroads.

I have been riding since I was about 10 - I remember struggling to learn to ride, the tiny bike that arrived with training wheels and my father disposed of before I was handed the bike. Eventually I figured out that the secret to balance was moving forward, one inch at time, one revolution at time. I have learned a lot about myself by riding, I never really feel at home in a new neighborhood, until I have ridden the streets.  I have pushed my limits by riding.  The obvious is time, distance and endurance - riding to the limits and discovering new limits.  Riding time, is alone time for me, time for me to dig deep into my mind, and also time to get lost in the surroundings and forget everything that is going on in my mind and the world.

I have owned a few really good bikes, and one outstanding bike over the years.  When I was shopping for a really fast bike 25 years and about 90 pounds ago, I encountered the prejudice of bike snobs. You see, I am not built like a competitive cyclist.  A couple of shops refused to let me test ride the best and fastest. They said, that bike is far beyond your ability, you will never be able to ride it to it's potential.  As they say you always find what you are looking for "the last place you look" and I did.  The dealer was honest that the bike was more than what I was ready for at the time, that it would be a handful to ride, but if I would promise to wear a helmet, he would let me ride it.  It was love at first roll, I decided to buy it before I was out of the parking lot at the shop.  It is shockingly fast, I still own it, I still ride it from time to time.  I learned the pleasure of the best tools, of growing my skills by stretching beyond my abilities.  And of the need to focus on the task at hand, a very fast racing bike is a finicky and squirrely thing to ride - but oh will it go.

I have watched Eric change.  He has lost weight, but just as important he has changed as a person. He has experienced a lot of good and wonder, and been subjected to criticism by people who don't understand why he has not taken this a race-across-America, or a marathon to drop 50-pounds a month.  He has learned to deal with the naysayers, to embrace the people who understand and get what he is doing, and  the importance of moving forward one day at a time, one revolution at a time.  He is moving at a pace that works for him, he is experiencing the country.  He is learning about himself as a person and how to live within his being in this world.  I get why he is riding, why he is doing what he is doing the way he is doing it.  What he is doing, is why we ride bikes.