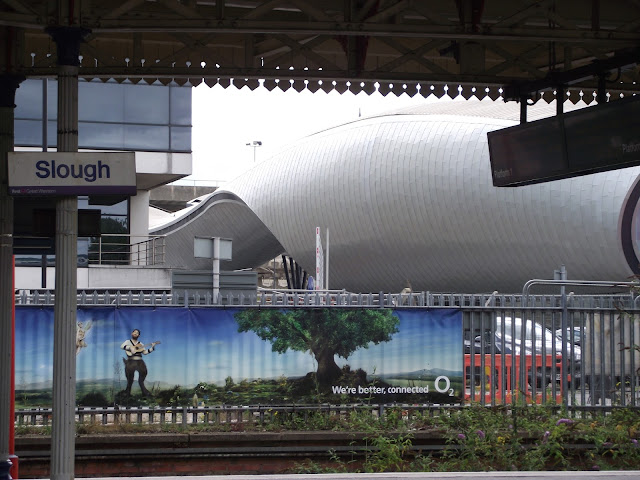 Sometimes we just need to rant, I was talking with a friend in the office who recently returned from some major surgery that will result in discomfort - probably daily - for the rest of her life.  I assured her it was okay to melt down every few weeks about it, save it up, let it all out and then get on with life; well this posting is my melt down about the stupid and evil things I have encountered lately.

The Condo is replacing the back gate. The back gate is an electrically operated gate for the shuttle bus to get in and out and a pedestrian turnstile entrance - exit. It is the shortcut to the subway station, without it it is about 1.5 miles to the station, instead of less than 1/2 a mile.   It closed on a Monday for a four day replacement.  On Thursday of that week the management office posted a notice that it rained on Tuesday and the project would be delayed - the delay is running on two weeks.  So a 4 days project, delayed by one afternoon of rain took 10 working days to complete.  I've seen houses built faster! I'd scream at them, but no one speaks English, and I never learned how to swear in French - yes French - that has come in real handy as a second language.   Why the merde' didn't I learn Spanish instead (it wasn't offered at my high school.)

Congress finally passed reauthorization of the Older Americans Act.  Despite Rand Paul saying we don't need this, people get old without the government interfering (yup, I was there when he said it,) the Act creates a ton of important initiatives that make the lives of older persons better.  The reauthorization bill looks  innocuous enough, but it is written in the most deceptive manner of any piece of federal legislation I have ever read.  I won't be surprised to read that the bill repealed gravity by simply saying in Section 1070 deleted everything after (A) (2) (b)(1) (17).  Evil-evil-evil, tell us what you are doing.

I forwarded a posting from the Assistant Secretary for Aging about the Older Americans Act reauthorization being signed into law to a list serve. Finding relevant news and posting it to the list is part of what I get paid for.  Two silly responses,  One complementing me on the elegantly worded statement that I clearly didn't write.  The other wanted to argue with me about how poorly written the bill was and demanded to know how certain provisions made it into the law.  I don't know.  I worked on this issue for about three years - then things went silent and no one bothered to let me know what was happening until the bill had passed.  I didn't write the bill (earlier bills had sections in them lifted from things I had written) but not the bill that passed.  Duh!  I don't know.

The Metro station, about six months ago they put up a fence around the escalator at the entrance on this end with big signs reading "working to improve your commute," and they tore out the old escalator.  The signs are still there and no work has been done for months and months and months.  I'd scream at them, but there is no one there to scream at - in any language.

There, there, I feel better now.  Don't worry I will save it up and melt down again soon.