Go The Other Way 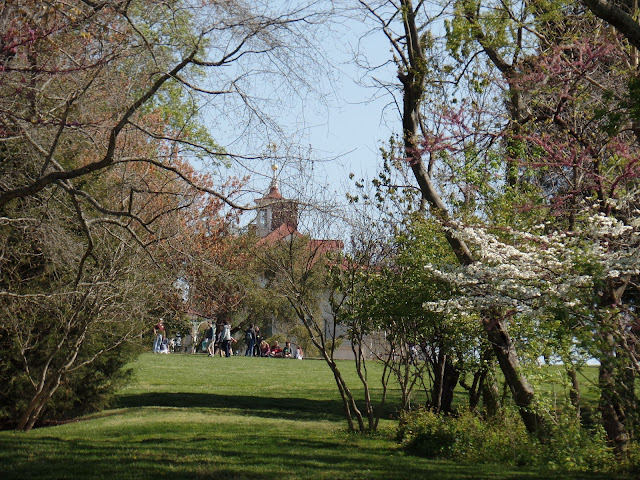 As I mentioned, Mt Vernon was busy last weekend, a couple of large tour groups of teenagers had come in, rather than turn left and follow the usual traffic pattern, I turned right, and then right again, walking the circuit in the opposite direction as the majority of visitors.  As a result the crowds were less intense and the noise level was much lower.

It also meant that I was climbing the hill up from the landing, on the path that I normally go down to the landing on.  Nearing the top of the hill, it is a bit of a steep climb, I stopped to sit and rest of a moment, and I saw this view of the Mansion that I had never seen before.  A rather nice view from that angle and the trees and blooms nicely frame it. We see things in a new light when we break the routine, and do things the other way around once in a while.
Posted by Travel at 12:00 AM