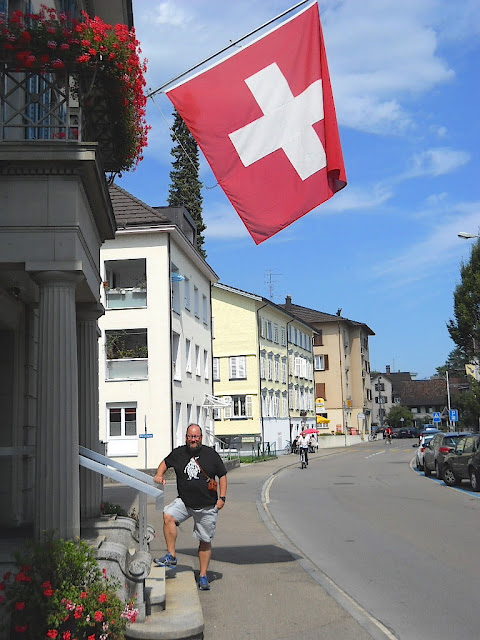 I have had a few crazy adventures in travel over the years.

A few months after I got my first drivers license, I was sent to help my Grandmother drive from Florida to Michigan.  Someplace in Tennessee I made a wrong turn, got on the wrong expressway and drove for about 75 miles before we figured it out and turned around - opps!

The first time I went to London, I thought like an American tourist, and rented a car to drive from Gatwick to the hotel in Hammersmith.  Driving on the opposite side of the street, shifting with my left hand, and utterly lost.  I have driven past the landmarks of London.  This is on the all time list of the ten-stupidest things I have ever done.

The first time I went to Rome, I missed a connection in Atlanta, due to a weather delay, and ended up in Frankfurt instead.  We made it to Rome a couple of hours behind schedule.

Shortly after I was seated on a flight out of Atlanta one Thanksgiving weekend, the baggage conveyor ran into the side of the airplane - hard enough to leave a dent.  We offloaded, and waited, customer service was saying that everything was overbooked for three days.  The Pilot came off the plane and picked up the PA microphone.  He said, "we have consulted with the engineers at Boeing and they have certified that the plane is safe to fly with the dent. We understand if you prefer to fly on another plane, but if you want to go, get back on board we are leaving in 20 minutes."  I got back on.

Last summer I missed a turn, and we ended up in France for three minutes until I could make a U-Turn and go back across the river to Germany.

What is your greatest misadventure in travel?
Posted by Travel at 12:00 AM