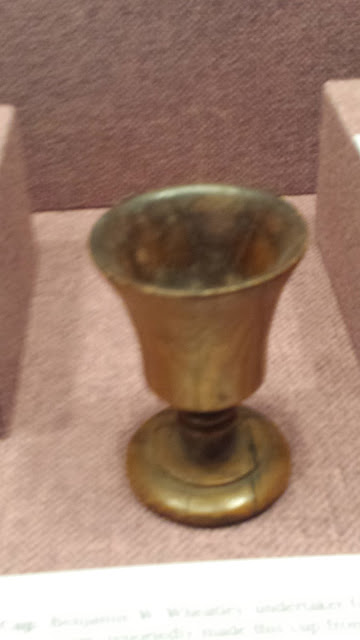 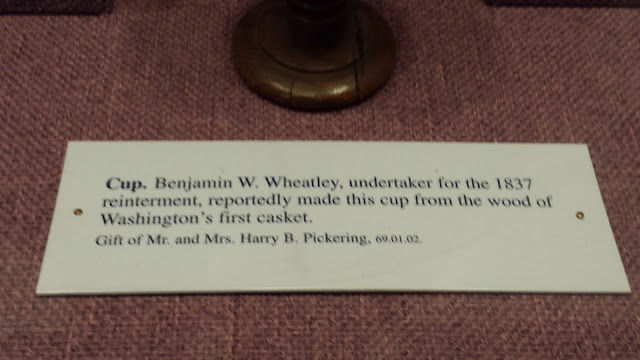 A few days ago I said I would post something creepy about George Washington.  He died, somewhat unexpectedly, his plans for a family Mausoleum were just that plans.  He was interred in a temporary crypt (that is still there, just past the Mansion on the bluff overlooking the river) in a leather covered wood casket.  A couple of years later when the Mausoleum was finished, he was moved to a stone sarcophagus.  The cup above was turned from the wood of the original casket.  I wouldn't drink from it - would you?  I think it is really creepy.
Posted by Travel at 12:00 AM