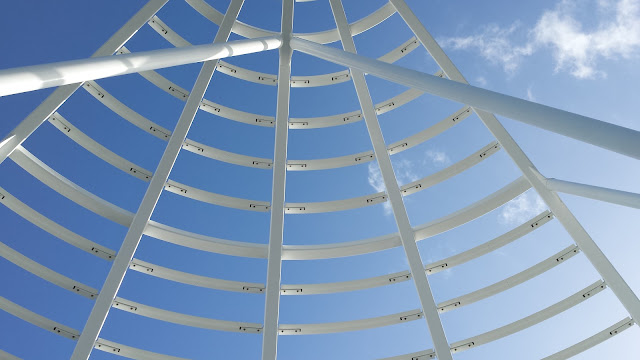 I went to half of High School in Brevard County, Florida, across the inland waterway from the Kennedy Space Center, and not far from Port Canaveral. Visiting the port and Jetty Park was part of going to the beach.  Back in the 70's the port handled bulk cement, petroleum products and some other cargo.  The first "cruise ships" arrived in the early 80's, the SeaEscape was a converted Greek Ferry, I can remember when it caught fire in port - it never returned to service. It's primary mission was to haul gamblers into international waters to play the slots for the day, on weekends it did overnight runs to Freeport in the Bahamas (I did one of those once.)  It was followed by a larger but old ocean liner in the later 80's and then real cruise ships in the early 2000s, with Disney, Royal Caribbean and Carnival all sailing from the port today.

In the early days, the military dominated the north side of the port, they even excavated a submarine turning basin, then move the subs farther north along the coast.  Today the port handles freight and lots and lots of cruise passengers, being just 45 miles from Orlando International Airport.

The Port Authority decided they needed a visitors center, so they built a 6 story tower, with a fanned arch at the top called the Exploration Tower.   http://www.explorationtower.com/.  Each floor has something different to see, starting with a gift shop and coffee bar on the first floor and then each floor going up talks about the history of the port, port navigation. the space center, and a great observation deck on the top.  It is a neat piece of architecture and offers commanding views of the Port and the active launch pads of the Kennedy Space Center.
Posted by Travel at 6:00 AM