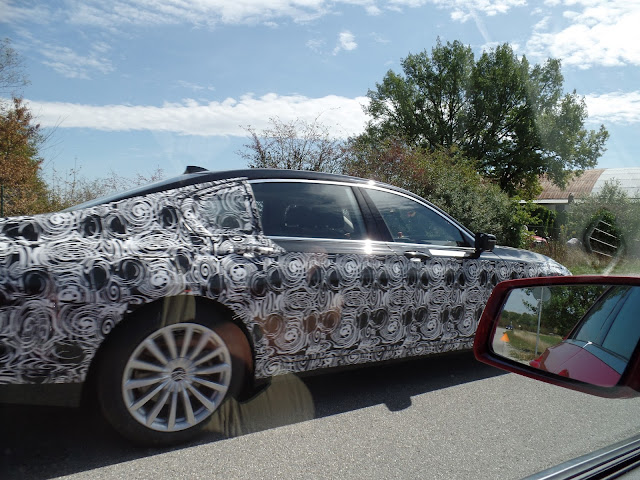 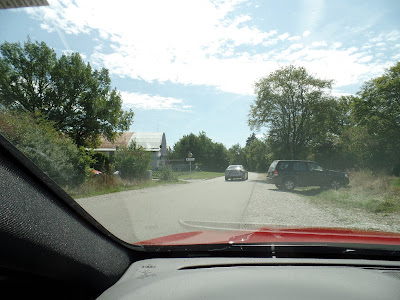 Three times on this trip, we encountered new car designs being road tested.  The first time was on the Mercedes factory tour - no cameras or cell phone usage is allowed on the tour.  The car was dazzle painted and being driven on the immense grounds of the Mercedes factory just outside of Stuttgart.

The other two were BMWs, one passed us on the Autobahn, I was driving and Jay snapped a picture, and the second one was on a back road near the Deutsches Museum Aircraft museum near Munich.  This one was labeled as a test for a hybrid drive system, but also dazzle painted.  On closer look, the body shape seems larger then most of what is sold in North America (though BMW sells larger cars in other markets.) The wheel centers are removed, but from the front the grill is distinctively BMW. I was driving when we encountered this one.  I passed it, it pulled in behind me.  I was able to pull off the road so it would pass me, allowing a couple of quick pictures.
Posted by Travel at 6:00 AM