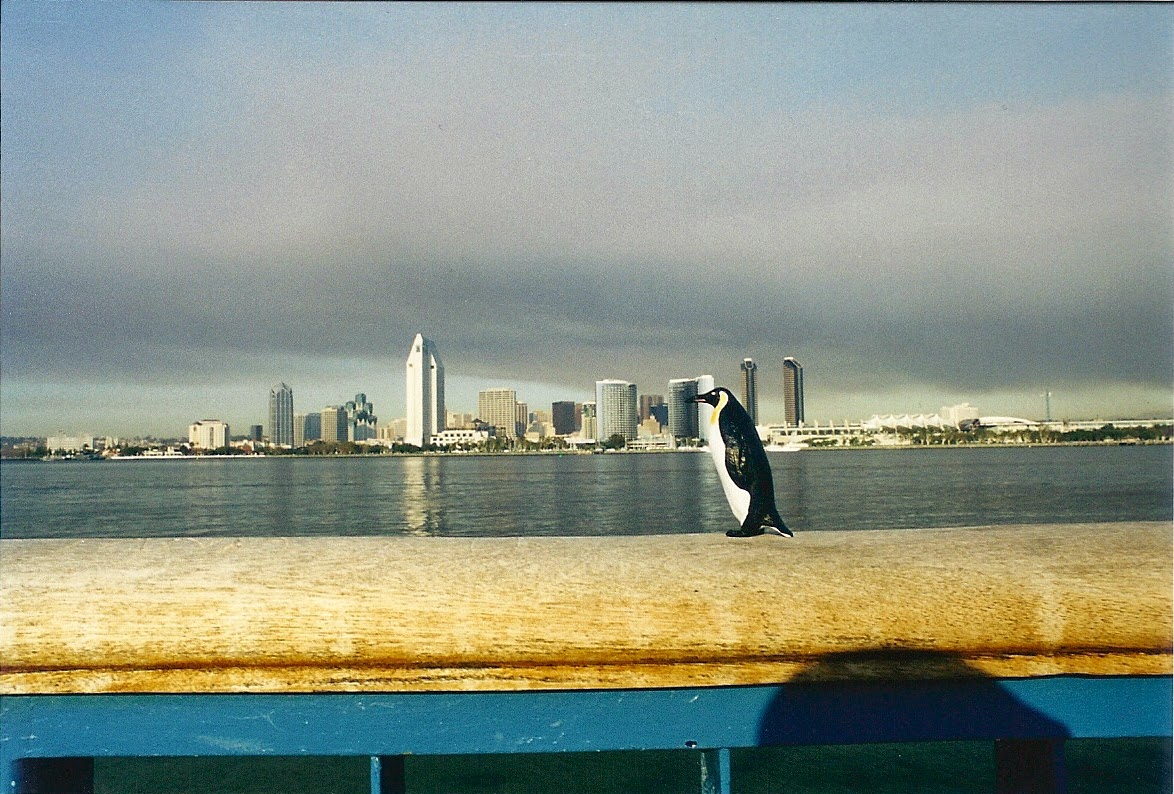 About a dozen year's ago, I went to San Diego for the first time. If you have never flown into San Diego you need to.  About a mile from the water's edge, there is a steep hillside, some would call it a cliff.  If the wind is in the right direction the landing approach brings you in between the water and the cliff, at one point the houses on the side of the cliff are higher then the airplane.  It is a wonderful view.

The first time we were there was in early January, we were staying in once of the hotel towers in front of Travel's beak across the bay from where this picture was taken on the 20-something floor, with a balcony and view over the water.  The weather was heavenly, highs in the high 70's , lows in the high 60's, we had the sliding doors open to the balcony for most of the time we were there.

While there we took the street car down to the boarder and walked across into Mexico.  The streets of San Diego are not paved with gold bricks, but with the prices you might think they should be. San Diego is a very plush.  Less then an hour away, as you enter Mexico, you see neighborhoods of corrugated metal houses on dirt streets stretching up the hillsides.  I suddenly understood why people risk there lives in the desert to sneak into the United States and work illegally.  The income from a minimum wage job, would buy better living conditions.

It was easy to get into Mexico, just walk past the police standing there with machine guns.  Getting back into the Unite States took a little longer, showing my passport and opening the bags to show them what I had bought.  Much easier for me, with a US passport, then for those without.
Posted by Travel at 6:00 AM