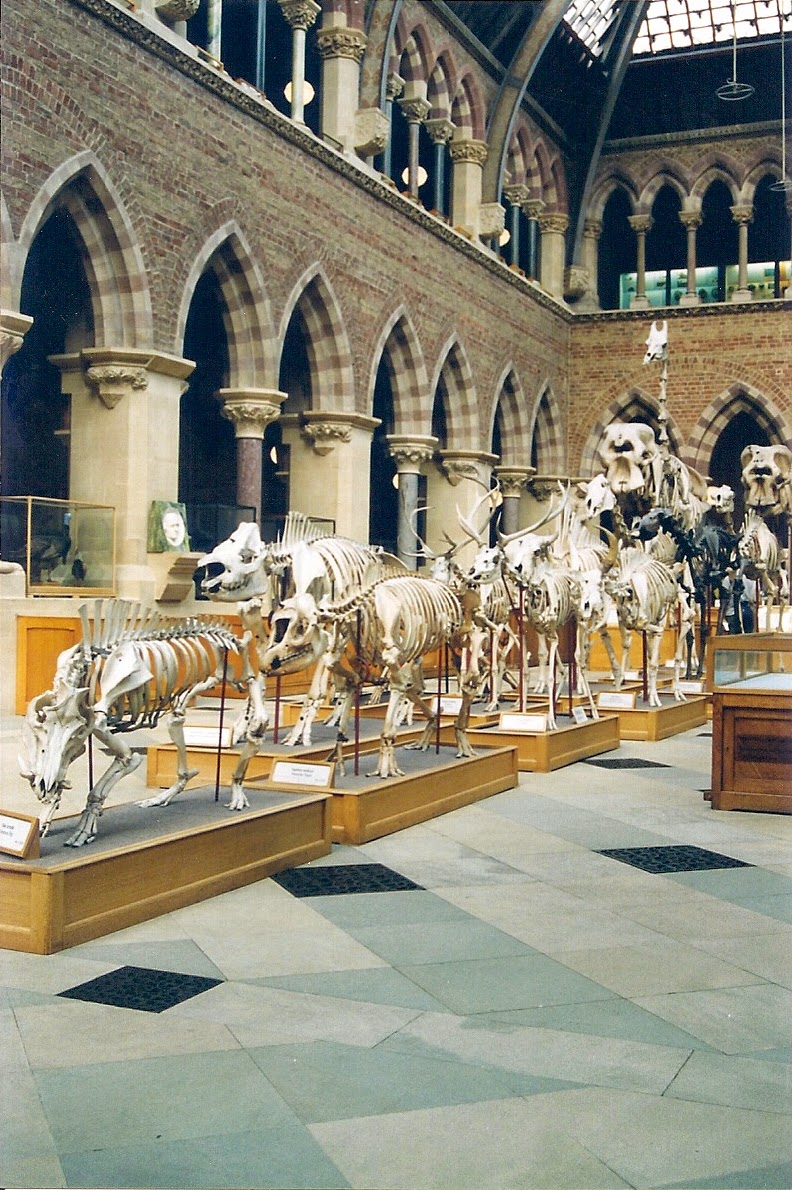 A dozen years ago, I spent a week at Oxford University. Every four years Oxford hosts an international conference on religious history.  Dr. J attends that conference.  We stayed "in College" meaning we stayed in on campus housing (St. Edmund's) with full room and board - three meals a day in the college dinning room.  The meals were interesting, some very good food, interesting service, the first place I ever encountered a "fish knife."

We arrived in Oxford by train, bumped into the Archbishop of Canterbury getting off the train, he took the taxi ahead of us.  The next afternoon was the opening reception, a tea party in the rose garden at Christ Church College, hosted by none other then the Archbishop.  Someplace, I have a picture of him and several pictures of the party.

I had access to the University by virtue of attending the conference.  I was able to get into places that tourists are normally not allowed.  I think I was only turned away a couple of places that I tried to enter.  I enjoyed the University and the town.  I was walking, Oxford is a very walking able city, it better be there is no parking in the city.  I found the pub where Bill Clinton claims he didn't inhale - ah-huh!  I attended a Gershwin concert one evening.  I wandered through some great museums.

The Oxford Museum of Natural History is spectacular.  The skeleton collection is the best in the world.  They have the remains of the last Dodo, sadly severely damaged in a fire.  The Pitt Rivers Collection is an anthropology and archaeology collection connected to the Natural History museum.  The thing that struck me in the Pitt Rivers museum was the drawers full of artifacts, that you are free to open and explore.  I was amazed at the museum items that were open to be touched.  It is a living collection.