The Way We Were Wednesday - Understanding Our Parents 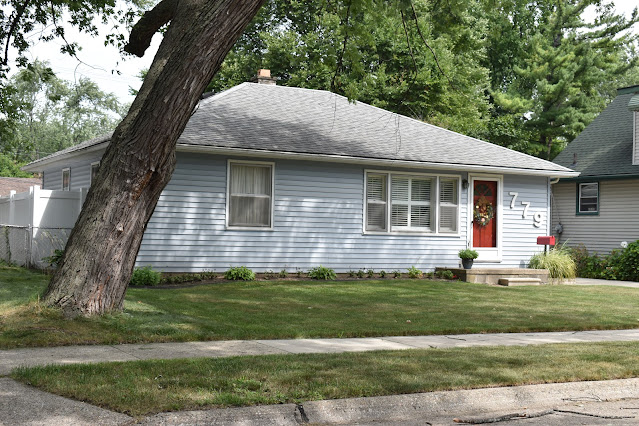 This is the first house my parents owned in the suburbs of Detroit.  It was sold 4 or 5 years before I was born.  They had friends a couple of blocks away, but never wanted to drive by and see the house.  My first couple of homes in Orlando, I go back and drive by, even stop to take a quick shot of Taco Bell, and the custom colonial.  The house we owned in Kentucky I have no desire to drive by and see.  I wish the house and the owner well, the property treated us well, it was very comfortable, we made money on it, but there is no urge to see how it is doing.  Maybe I understand - maybe I don't.

My parents sold the farm and retired to Florida in 1982.  Within a year they both went back to work for a few more years, then retired for good in the mid 60's.  They had a summer escape from the Florida heat and humidity, at first a motor home, and later a park model travel trailer that they spent 3 or 4 months in each summer in a cooler climate.  I remember getting frustrated because they would go weeks, sometimes months with no contact.  Maybe I would get one phone call, and post card or two over an entire summer.  When they were in Florida, we talked on the phone and I visited once a week, sometimes more often.  They were about 30 miles away.  I couldn't understand how we could go from weekly contact 8 or 9 months out of the year, to nearly no contact for 3 or 4 months.

Now I kinda understand.  I turn my cell phone on three or four times a week.  A friend sent me a couple of text messages and I didn't see them for five days.  Few people have my phone numbers (I have three of them) and that is fine.  I find my time out of touch relaxing, like those long lazy summers my parents enjoyed for several years.  Even after they had a cell phone, they seldom called, and when they did from the trailer the service was so bad that the call would be dropped within five minutes. I think they liked it that way.  I understand how they felt.

During those long summers if I really needed to reach my parents, I would call my sister. That worked, unless Dad had a wild hair and they were in San Francisco for lunch (my parents drove to SF one summer, had lunch and left.) The only time my father was ever in SF.  That I don't totally understand.  He had an explanation, and I still don't get it.