The Way We Were Wednesday - Civilization 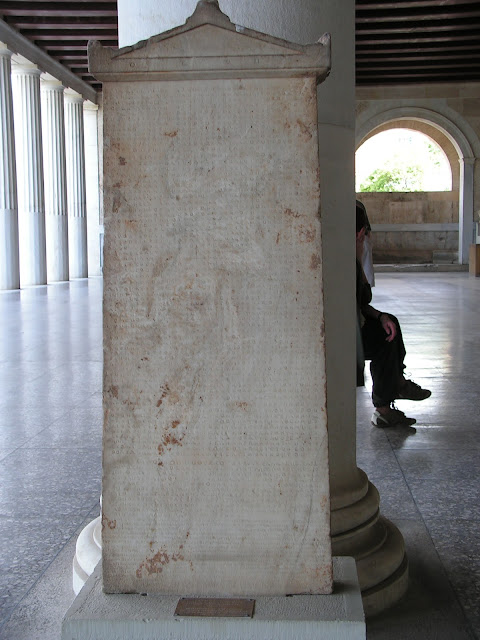 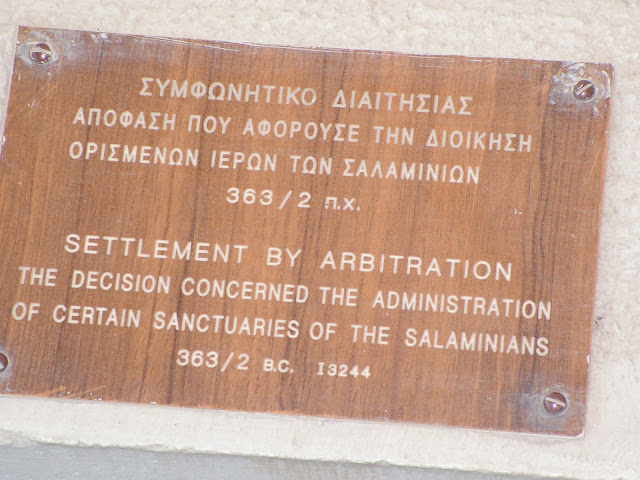 I took these photos in Athens.  The inscription at the top, is 2,500 years old, and describes settling of a dispute.  Sometimes I read the news, and the authors seem to think that this is the first time in the history of civilization that people disagreed with one another.  This is proof that disagreements, compromise, settlement of disputes has been going on as long as there has been civilization.

An anthropologist was asked what the earliest signs of civilization were?  Her answer was not fire, or shelter, or farming, it was an adult male skeleton with a healed broken leg.  She explained that in the wild as a hunter gatherer a person with a broken leg would be unable to move about to gather food and water and would certainly die before it healed, unless others gathered around to help, with food and water and basic care, to allow time for the leg to heal.  A process that takes weeks, maybe months without what we consider to be medical care.

Civilization is about banding together, helping one another.  It is not about the rugged individualist, people who live in isolation from other human beings, die from circumstances that people living together in civil societies don't die from.

At times we fail as a civilized society.  When one of us dies of hunger, dies of exposure to extreme weather, dies for want of the help of their fellow man.  At times we fail when we don't take basic steps to help others, like accepting medical science - getting a vaccine, or wearing a face mask.

Travel and thinking about the world, and the history of civilization, has helped me understand that civilization is not a new concept, and we have to work together to maintain it.