The Way We Were Wednesday - Middle Brother 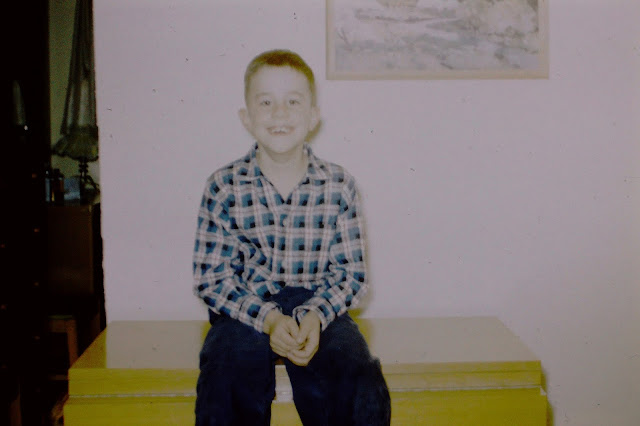 Last week was my oldest brother.  This week my middle brother.  He will be 67 or 68 in December.  He called me recently, he calls a few times a year.  I prepare his tax returns, so I am sure to hear from him every spring.  When he calls, he often wants to talk, needs to talk.  I was surprised when he called.  He was on traveling to attend the wedding that I missed.  I was surprised that he was going to the wedding (I watched the wedding on Facebook.)

I was really surprised when he announced that he has decided to retire in February, the day after his 43rd anniversary working for the Walt Disney Company.  That is right 43 years with one employer. I can remember when he first started.  He was on the hose and broom crew for a couple of weeks, scrubbing the streets of the Magic Kingdom - he hated it because it was wet and dirty, then he cleaned the windows on the Monorails for a couple of years - he loved that because he was able to touch and crawl all over the monorail cars.  He then worked in the warehouses for a few years, then his fantasy came through, Disney trained him drive trucks.  He has spent the past 30 years driving trucks for Disney.  Well most of the past 30 years, he spent a few months back the warehouse after he drove a 12 foot tall truck under a bridge with 11 feet of clearance.  Eventually he was forgiven and put back on the truck.

I am very happy for him.  He had been saying for years that he was going to work until he was 70.  His health is not perfect, if he retires now he can enjoy life.  He says he wants to travel, see things he has never seen.

Do you know anyone who has been 40+ years with one employer?