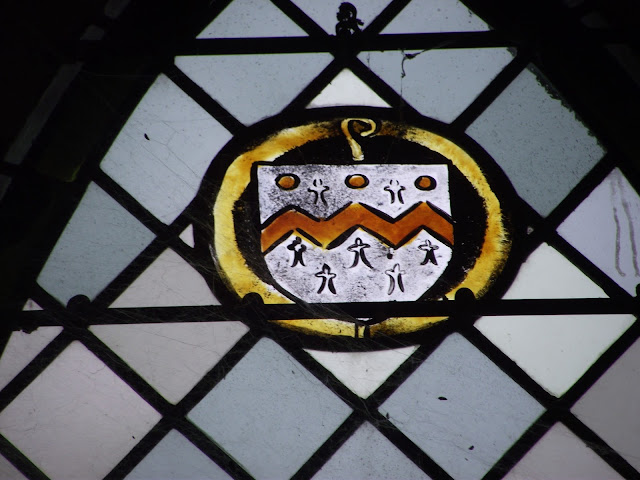 Life sometimes surprises us, how about five questions about surprises?

1:  What was the most surprising thing your grandparents ever did?  My mother's mother was a very quiet, conservative women.  I was driving the grandmothers from Michigan to Florida one fall shortly after I finished high school. We stopped for gas in Tennessee and Grandmother Harp bought a bag full of firecrackers.  She loved them.  I locked them in the trunk so she wouldn't light them and throw them out of the car window as I was driving down I-75.

2: Have you ever turned the corner in a museum and come face to face with a surprise?  A couple of times, American Gothic in a museum in Chicago, we have all seen the posters, there was the original in the flesh.  And in the British Museum in London, I turned the corner and nearly walked in the Rosetta Stone.  I always assumed it would be in a museum in Egypt, but, there it was - in the stone so to speak.

3: Have you ever been totally surprised by a guest at the door of your home?  No, my life is pretty predictable and boring

4: Have you ever left on vacation not knowing where you were going?  Yes, I did this to my X one time. I had refused to tell her where we were going to keep her from obsessing about it for weeks - I had narrowed it down to two destination and I decided about 100 miles up the road to go to DC rather than Ashville. I had a great time, she - well she wanted to sit in the room and watch TV. I made a major life decision on that trip.

5:  Have you ever told the server in a restaurant to surprise you?  Yes.  I have told them what kinds of things I like and said bring me the best.  Trust and you will receive the good stuff.
Posted by Travel at 12:00 AM