The Simple Things Make Me Happy 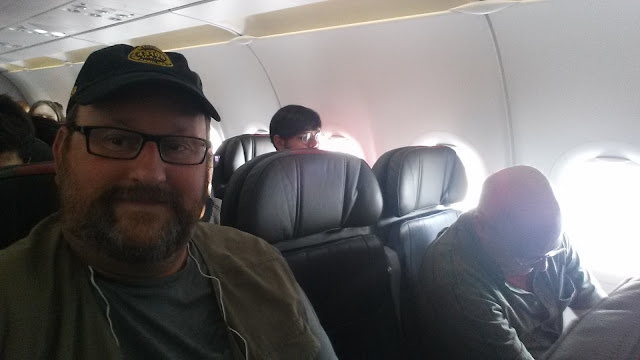 A month ago I was on a 4 1/2 hour flight from San Francisco to Dallas - kind of a round about way to get from San Francisco to Washington DC, but that is modern airline flying.  I recently went from DC to Detroit to Philadelphia - it was half the price of flying from DC to Philadelphia on the same airline.
Flying these days, especially flying coach, is an exercise in enduring tight spaces.  Every, or nearly every seat, on every flight is full.  Airlines have cut back the number of seats, until they fill most of them, and the airlines are making significant profits for the first time since deregulation.  It also means that the three and three seating in the back of the bus is packed tighter than a strippers G-string. I just sort of tolerate it, it is part of the adventure.

So the flight from SFO to DFW boards with the usual warnings that it is a fully filled flight, the normal fight over over-head bin space.  They close the door, the aisle clears, and the middle seat in my row is empty.  I take a picture, settle in and a smile comes over my face, I have elbow room for the next four hours.  I watched a movie, some silly Will Smith romantic comedy about pickpockets and confidence tricksters.  It was a very relaxing trip - unlike the one 15 years ago that ended in the lights going out and an emergency landing - but that is another story. 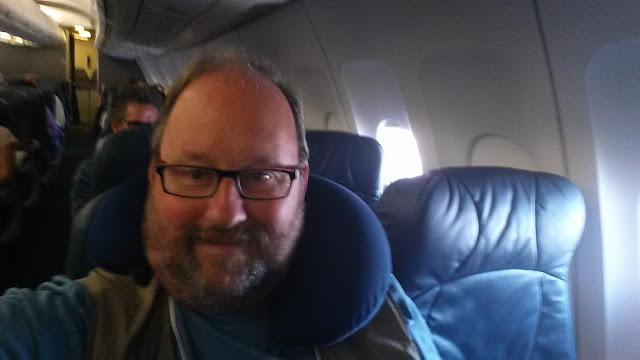 Even a bigger smile, on the flight from Rome to Philadelphia, a 9-hour plus flight, I had an empty seat next to me, so I had an aisle and a window seat.  I napped for 3-4 hours, watched two movies.  It is still a long flight, but so much easier with a little extra room.
Posted by Travel at 12:00 AM