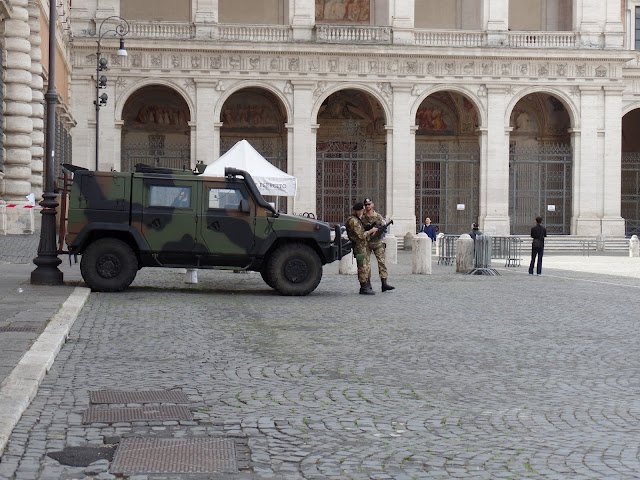 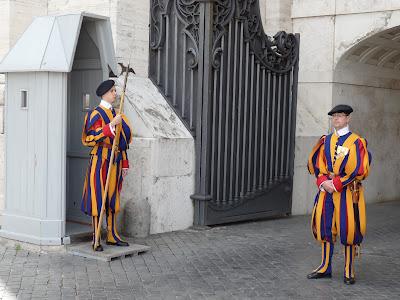 With this year's incidents in Paris and Brussels several people asked me if I felt safe traveling to Europe this summer.  My simple answer is the most dangerous part of the trip is getting to and from the airport.  I also knew that Europe would be serious about security.

In Italy the step up is Secure Streets and it puts military police in public places, complete with automatic weapons.  Not just at the airport or train station, but at many public places, churches, squares, cultural attractions, museums, not just in major cities like Rome, but also in small towns. Once you get past the armed presence, it does seem to work.

I had been warned that airport security at Rome had changed, and took "forever."  We arrived nearly 4 hours before flight time.  Security checked our passports before we were allowed into the terminal.  The first step was an interview, a five minute conversation with a specially trained security person.  Mine asked me about my trip, what did I like, what did I not like, what did things cost.  Once you clear that you are given plastic bags to put all electronics into for security screening.  In the next room you check in, get your boarding passes and check your bags.  Then you clear security, metal detectors, body scanners, all bags go through x-ray scanners.  Then you clear passport control.  Then for international departures, you take a bus to the terminal.  All in all, it took about 50 minutes for us to clear.  A neighbor of mine, spent nearly three hours doing the same thing in the same airport a month ago.  It is time consuming and a lot of silly steps, but it works. 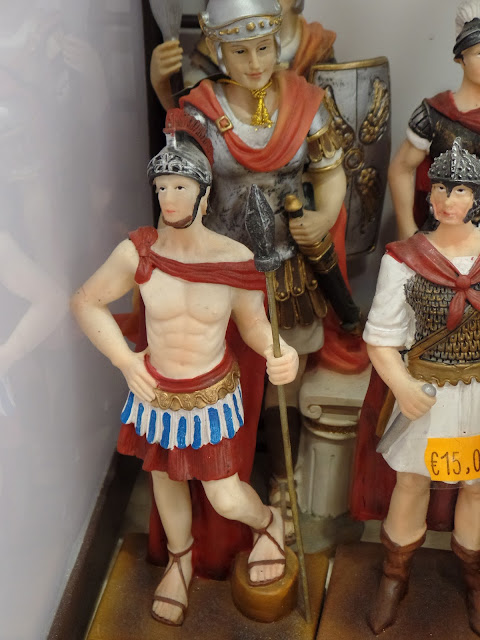 Security is nothing new in Italy, the Swiss Guards have been protecting Vatican City and the Popes for a millennium, and before that the sweetie above was on guard.
Posted by Travel at 12:00 AM