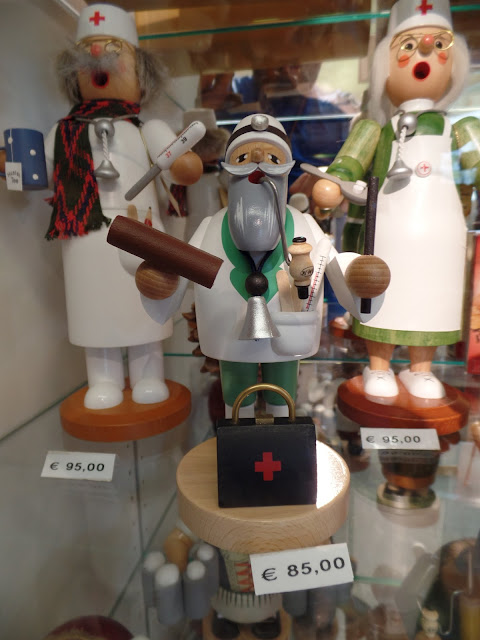 My first doctor was a country doc, sort of a medical missionary in very rural Michigan.  He did a little of everything, a lot of it based on common sense tempered with a solid Medical education.  Most things he did well, some things he didn't.  He didn't have access to the best of diagnostics, and didn't always refer for assessment when he should have.  But he meant well, and for the most part did well.

He was one of the last to give up reusable needles and go to modern disposables.  He had a point on cost and waste, but the new technology had smaller and sharper needles.  I don't think there were any doctors from my high school class, two veterinarians.  If I had known then, what I know now, I think I would have enjoyed Medical school.
Posted by Travel at 12:00 AM