The Porsche of the sky 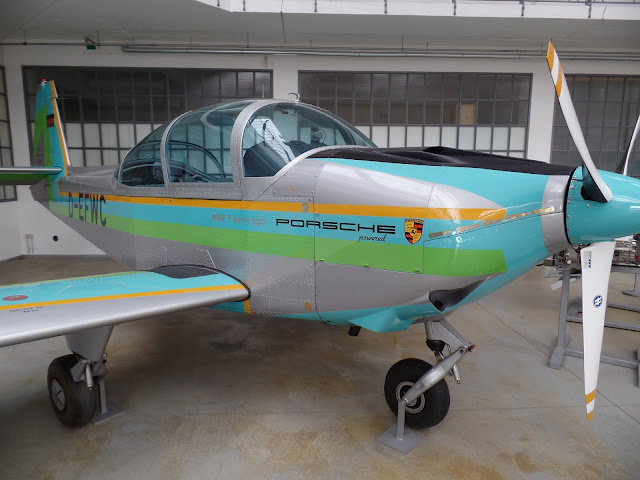 I remember reading about the development of a Porsche aircraft engine in the 70's or 80's.  Most single engine aircraft are powered by horizontally opposed air cooled engines. In that era, most were made by Lycoming or Continental (there are a couple of newcomers to the market - but these two still dominate.)  VW and Porsche also used a horizontally opposed air cooled engine design. There have been experimental aircraft powered by automotive engines.  There are issues with weight, and reliability that have to be dealt with. Because an airplane can't pull over on the shoulder of the road if something breaks, the engineering and quality standards are extremely high.

Porsche was enticed into an engineering project to develop an aircraft engine. The picture above is the factory test craft.  In the end - the project was successful, but the decision was made not to proceed with manufacture.  No real explanation why, but this artifact remains.

Seeing it in an aircraft museum outside of Munch, triggered memories for me. It is mythical, you have read about it, but never seen it, never confirmed that it really existed.  Kind of like coming across a unicorn.
Posted by Travel at 6:00 AM