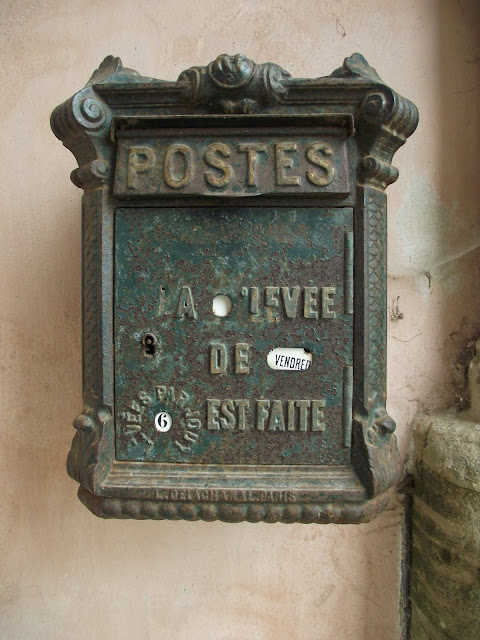 Email has overtaken written interpersonal communication.  When was the last time you received a letter in the mail from a friend or family member?  When was the last time you sent one?  This week we received a nice note along with a CD with wedding pictures on it from a friend.  The same friend had sent me a very nice personal note when I was home recovering in June.  I responded to the get well letter, that was probably the last personal letter I have sent.  I send the occasional business letter - it can be an amazingly effective communications method.

My maternal grandparents didn't have a phone for the last 25 years of their lives.  If they were coming by for a visit, my grandmother would send a note or a short card saying when they would be by and a short chatty message about what was happening, almost always closing with "that is all for now the mail is coming down the road and I need to run."  I doubt that my mother kept any of those notes - she considered such things clutter.

My grandparents were very much from the era of using letters and notes to communicate with family and friends.  None of my grandparents finished high school, but all could read and write, three of the four at a very high level, there is a difference between intelligence and education, they were bright people with very limited educational opportunities.

When my paternal grandfather died, my grandmother went through the small chest of drawers that had been his bedside table for 50 years.  That was his private and personal space and she said she had never looked in it before.  She found two things that surprised her, several thousand dollars in cash.  He has squirreled away a few dollars out of his weekly cash allowance for decades, all in neat stacks in the middle drawer.  It was what she found in the bottom drawer that moved her the most, every letter he had ever received was there, in neat bundles, tied with string. In her 20's my grandmother had gone to help her mother while she recovered from burns in a kitchen accident. While she was gone she wrote my grandfather a daily letter, everyday for a month, all of those letter were together in one bundle.  Another bundle was all of the weekly letters my father had sent home to his father when my father was in the Army for 18 months at the end of World War II. Other bundles were other family events. No one knew he had kept all of these. I wonder what happened to them, my grandmother kept them, but when she moved to assisted living my mother and my aunt cleared out her house.  I regret not calling in sick to work for a couple of days to go be a part of that.  Some of the items went home with my Aunt - who died mere weeks after my grandmother, little went home with my parents - mom was not much for such clutter.  Most went in the trash or on the yard sale. No one will find or read our emails after we are gone.  (A file of automotive history was lost, my grandmother had the bill of sale on a new Ford, Mercury or Lincoln, every other year, from the late 1930's though the late 1970's - my mother tossed it without a thought.)
Posted by Travel at 6:00 AM