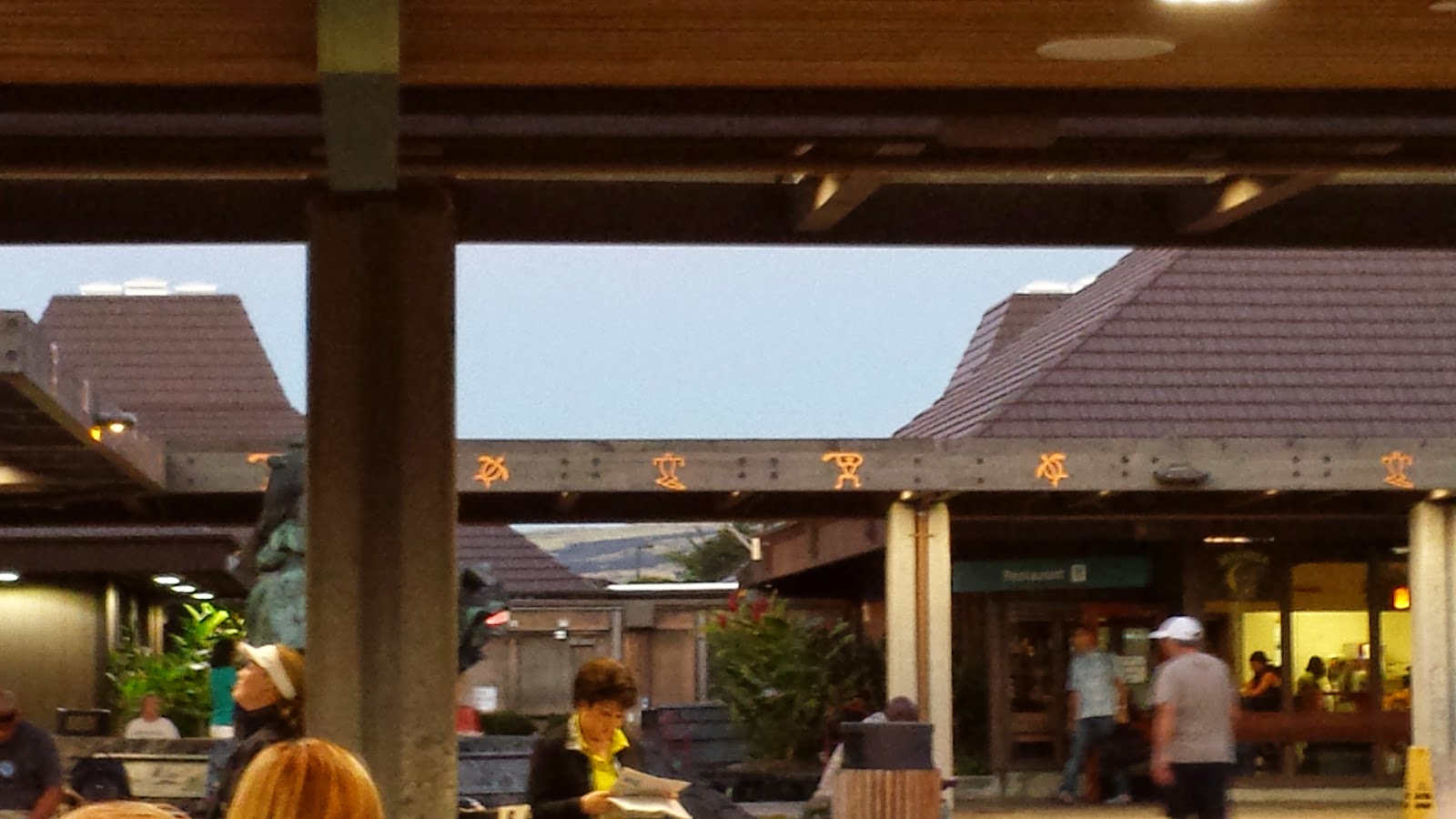 The Hawaiian adventure is coming to an end.  It has been amazing, if a bit of a grind.  Monday, Wednesday, Thursday and Friday were 12+ hour work days.  We met some really wonderful and welcoming people and saw some fascinating places.  We provided training to nearly 500 professionals, that should have an impact on the lives of a lot of people.  The airport in Kona, was described as huts, sort of Disney huts.  Open air, outdoors.  We were at a nice Marriott Thursday night.  I may have left my heart in San Francisco, but the best I can tell I left my American Express card at the Marriott near Kona.  I used it to pay for dinner, and the next time I looked for it, it was not in it's slot.It had been a 14 hour day, I think I left it in the restaurant.  I called Amex customer service, and once we got past the I can't give you my card number, because I have lost my card, Amex, checked for charges, the last one was dinner Thursday evening (for the amount of the check, not including the tip.)  They promptly cancelled the card, and will send a replacement. I was impressed with the service, the call took less then five minutes and within a couple of minutes I had an email confirming that they had closed the account and ordered a new one.  I never leave home without 2 or 3 cards, so there is no issue with traveling home.  I has been about 25 years since I last had to report a card missing or stolen, my ex had a card stolen in London the first time I was there - in 1990. I leave Honolulu about 1:30 on Saturday and change planes in LA and Philly and get home sometime mid morning on Sunday.  I will try to post along the way.
Posted by Travel at 3:29 AM