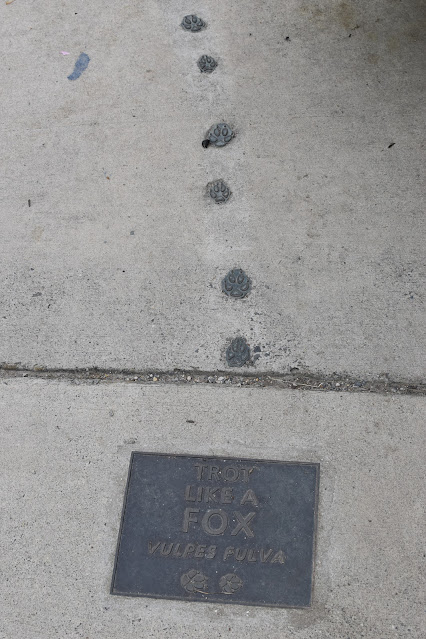 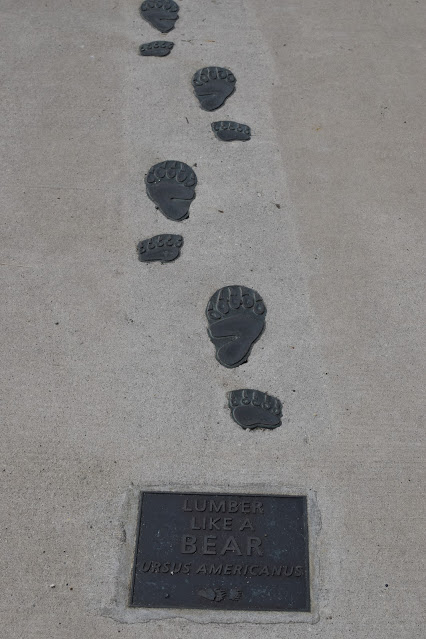 I had another post finished, and scheduled, and reread it, and it was depressing, so let me take a second shot at this Saturday Morning Post.

Last Saturday I started off with a nice visit to the Alexandria Farmers Market, down on Market Square, in front of city hall.  Some local sweet cherries, some beets, a couple of huge carrots that will feature in a foodie friday post in a couple of weeks.  It was nice to get out and walk about.

On the way back, I stopped at Jones Point Park, also known as the Troll Park, because a major part of it is under a massive highway bridge over the Potomac River. You know what lives under a bridge? 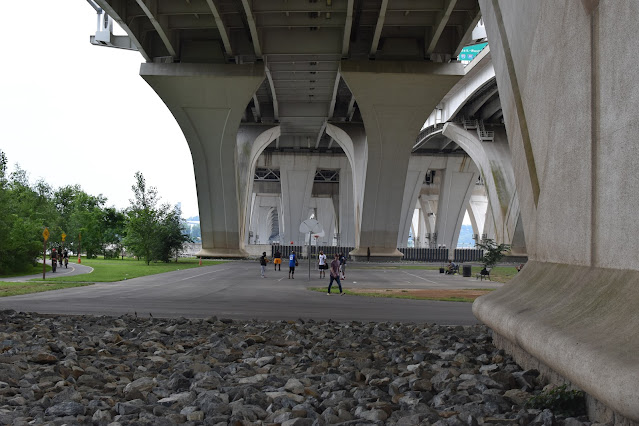 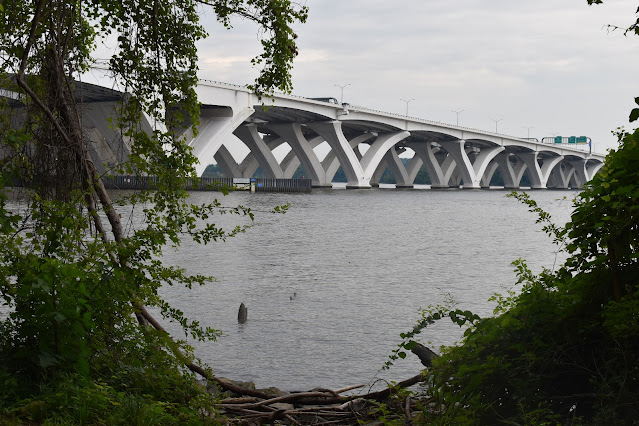 The park has a lighthouse dating back to the 1850's, that is where we were married in 2015.  The park is run by the National Park Service, we applied for a permit to get married in the Park, basically saying we could ask people to stay away from the area for half-an-hour.  The person issuing the permit was excited, we were her first same sex couple applying for a permit.

The area was a shipyard building ships for WWI and WWII.  There are remnants of the history.  It was the historical southern corner of the District of Columbia, before the retrocession of land back to Virginia.  There is a corner that lies in the historic corner of Maryland. You can stand in two states.

I walked from there up to Ford's landing, an upscale condo/townhouse development built on the location of a Ford assembly plant. What was once an industrial wasteland, is now some of the most desirable residential areas in the county.

It was a nice walk, a change of pace.  A second shot, reset on my weekend.