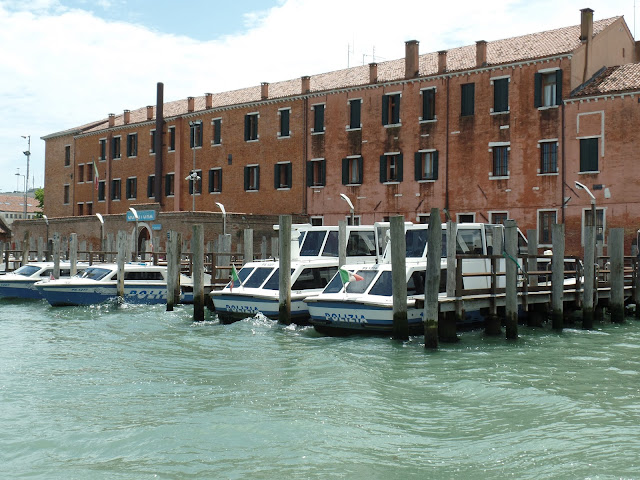 The last day we were in Venice we took the water bus back to the train station.  We ended up on the long route, but we were not in a hurry.  We went out across the lagoon, through the cruise terminal and back into the city, going past the city police station.  I wonder if there are other cities that use police boats instead of police cars?  I have often suggested that the DC Metro Transit Police get rid of most of their cars and put the officers in the stations and on the trains.
Posted by Travel at 12:00 AM