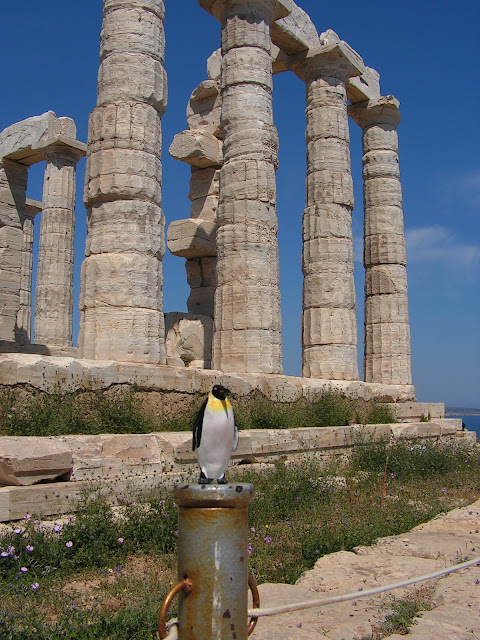 How about a picture of an ancient Greek temple to start off a discussion of the massive challenge of hosting the modern Olympic games?

The opening of the Rio Olympics will be Friday of this week, hopefully plumbing works and most of the paint is dry.  Building the venue, the facilities for the Olympic games is a HUUGE project, with multiple and specialized arenas and stadiums, housing for thousands of participants, hotels for hundreds of thousands of of spectators, transportation infrastructure, security, food service, health care.  Maybe they should put the Donald in charge, he claims to be the best at HUUGE projects.

Moving the games around the world sounds like a wonderful idea, but the reality is that the only places that have most of the needed facilities in place, are places that have recently hosted the games.  Every host city struggles to build and pay for the specialized facilities, let's be honest there is not that much call for a "Velodrome," no city can afford to have housing for 10,000 participants set empty between games - every city builds the athletes village with a plan to convert it to housing for locals as soon as the games are over.  Even with the best of planning, host cities are left with specialized facilities and the astronomical cost of developing them.  It is likely impossible to recover the costs of non-reuseable facilities from revenue from the games.

Is it time, to move to a permanent host site.  I would suggest one of the recent host cities.  Beijing has air quality issues, London might be an option, my suggestion would be Athens.  The weather is wonderful, the people are welcoming and have a long history of catering to tourists, the venues are there.  Over a couple of cycles, the city could finish building out public transit and add some new hotels.  Every four years, the city would add a few thousand new housing units.  Greece is the historic home of the games.  I'd go. And we could send the Donald over there permanently to be in charge of this HUUGE project.  Double score!
Posted by Travel at 12:00 AM