The Way We Were Wednesdays - The Harvest Season 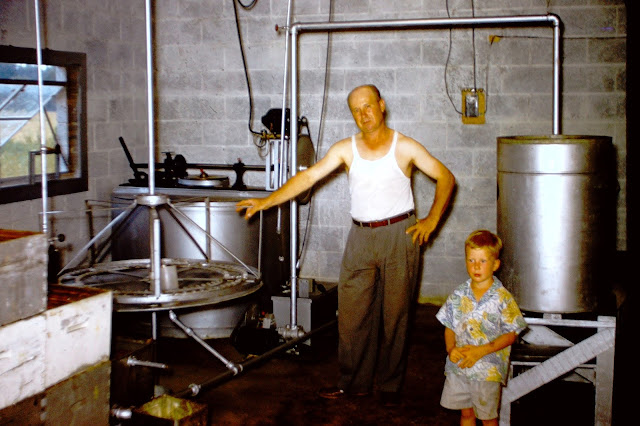 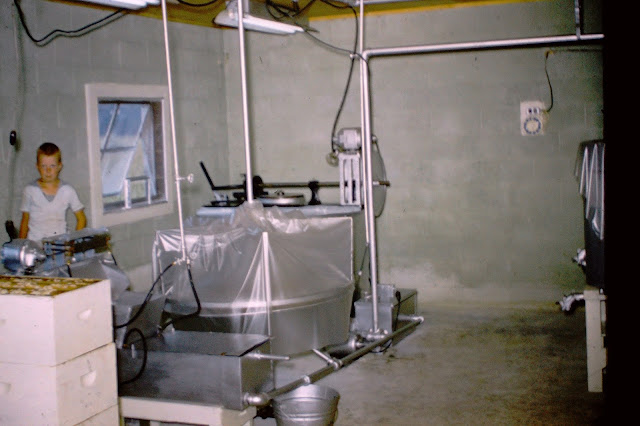 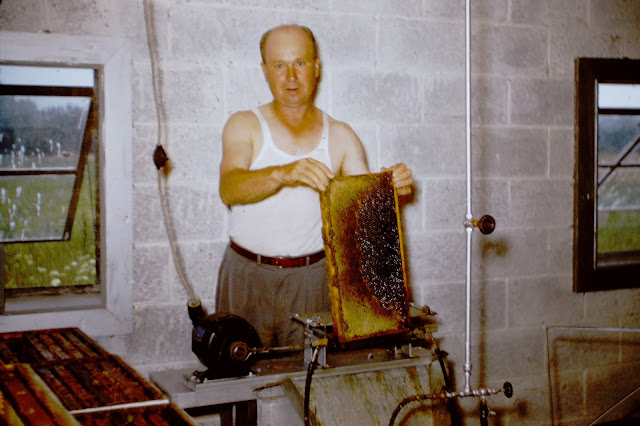 Honey bees were the reason my grandfather bought a farm.  He was keeping bees in the city, extracting honey in a former school building in the suburbs of Detroit and the neighbors were unhappy.  Even before the farmhouse was modernized, he built a new concrete block building to set up a "Honey House" and extracting room.  These photos are the original set up, a single steam heated vibrating uncapping knife, a rotating resting rack, and a 50 frame woodman extractor.  There were a couple of generations of wax melters in this set up.  When we moved from shipping in 5-gallon cans to 55 gallon barrels a larger holding tank was installed.

After my grandfather retired, we remodeled, installing an automated uncapping machine, and a second larger extractor.  Then a couple of years before I finished school and left home, a major remodel with a new floor, a"warming room" added on behind, an improved layout, shifted from steam to hot water, and a massive wax melter.

I worked in that space for half-a-dozen summers.  Late July, early August were the usual start to our harvest season.  Sometimes earlier in July, if the honey flow was strong or if cash flow was needed.  I learned a lot about work in that space, working through pain and fatigue to get done, what needs to be done.  As farmers, our income for the year was generated in two short months.  We couldn't start much earlier, we needed to finish before the weather started to get colder (the warming room helped, we could leave the hive-boxes sit in 90(f) degree heat for a day or two when things got cold outside.)

I can't find photos of the later years, after the update, or remodel.  I think it had just become a place of work, at the most intensely busy time of the year, and we didn't document it.  That is a shame.  I was working between those two windows, when I heard that Elvis was dead.