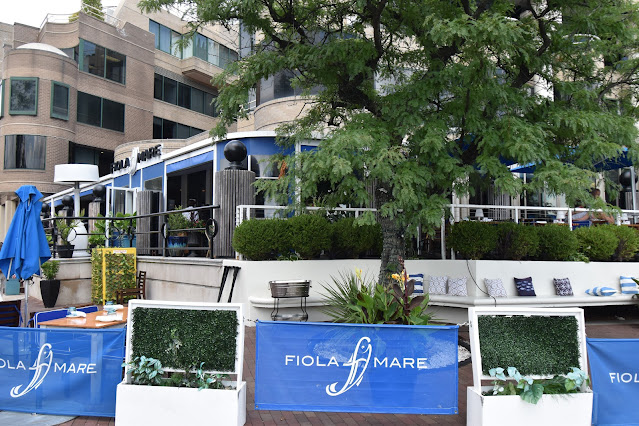 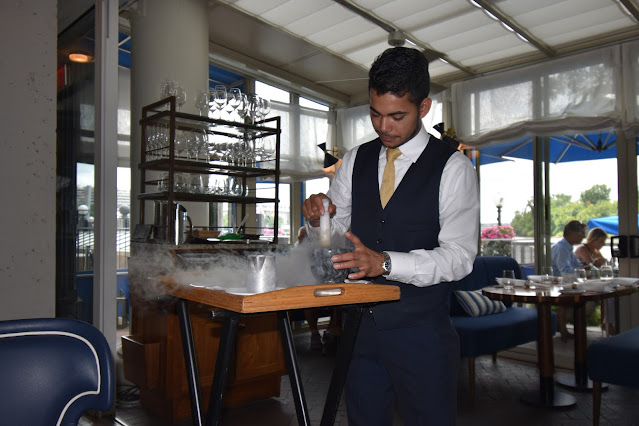 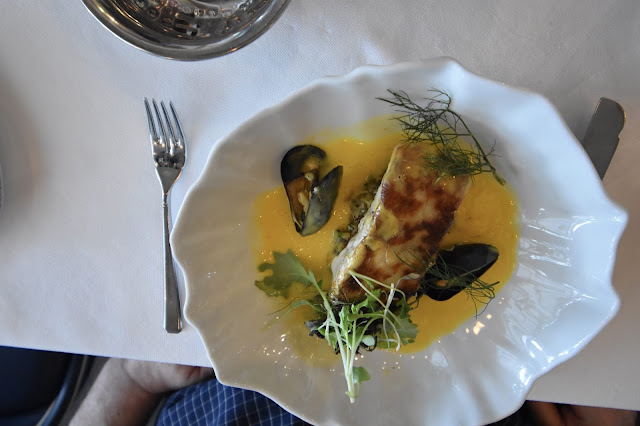 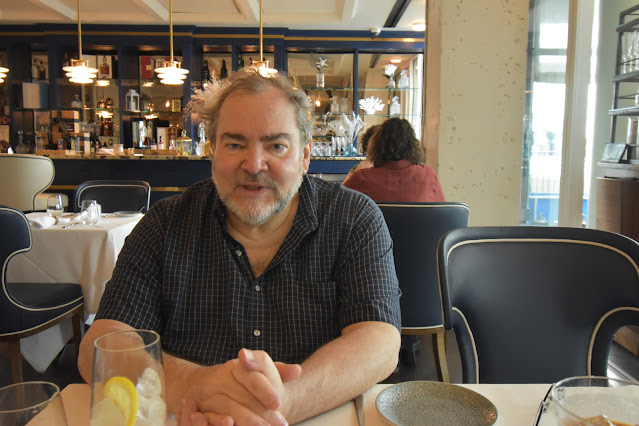 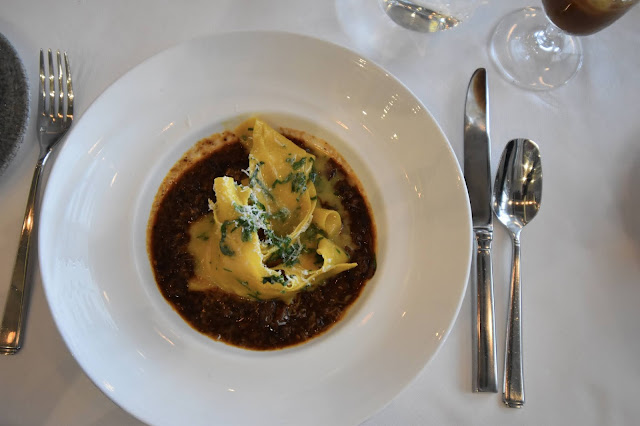 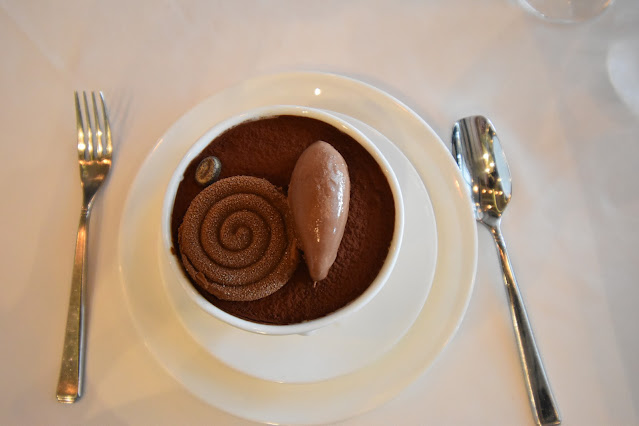 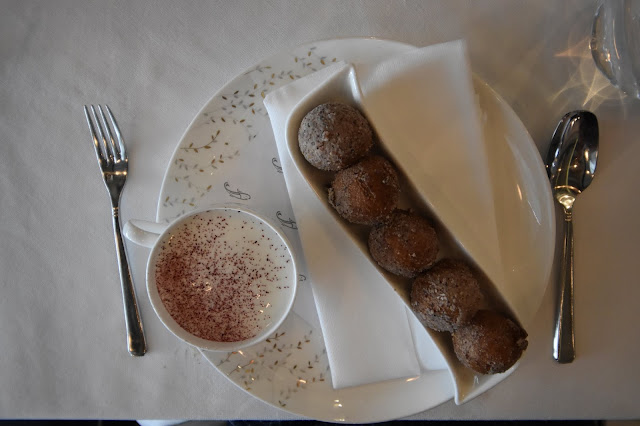 As I mentioned last Saturday, I took last week off.  I didn't look at my office email for a week, I did take two calls, one scheduled, one unscheduled.  The scheduled call was the only time available in the calendar of a highly placed government official, the unscheduled call - well I never should have given a couple of people my home number.

Sweetie bear suggested that while I was off we should do something different, he suggested a boat ride on the Potomac River.  There are several boats that start or stop at the end of King Street in the nearby old town Alexandria.  We picked one that went to and from Georgetown.  When he showed me the schedule, I picked one that left here at 11:30, arrived in Georgetown before 12:30, with a 2:15-2:30 return.  Just enough time for a nice lunch. And oh what a lunch it was.

The restaurant had a three course pre-fix lunch menu available. The smoke in the second photo is liquid nitrogen freeze drying the herbs for the appetizer course. Somehow I missed taking pictures of the first course, I had a salad, Jay had a cheese and fruit plate topped with the freeze dried herbs.  It was tasty, in addition to being a bit of tableside theater. For the mains Jay had a fish dish, I had papadeli in a heavenly bolognese sauce.  Dessert, I had the chocolate tiramisu,  he had freshly made doughnut balls, with a strawberry cream sauce that was to die for. The food was great, nice fussy, creative.  The service was relaxed, entertaining, and knowledgeable.  It was not cheap, I may have set a new personal record on spending for lunch, but very worth every penny. Not something I would do everyday, but when you have a chance why not?

When was the last time you had fussy foods?