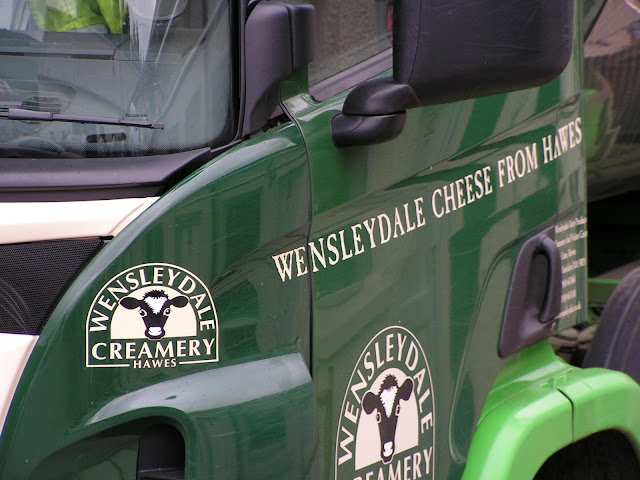 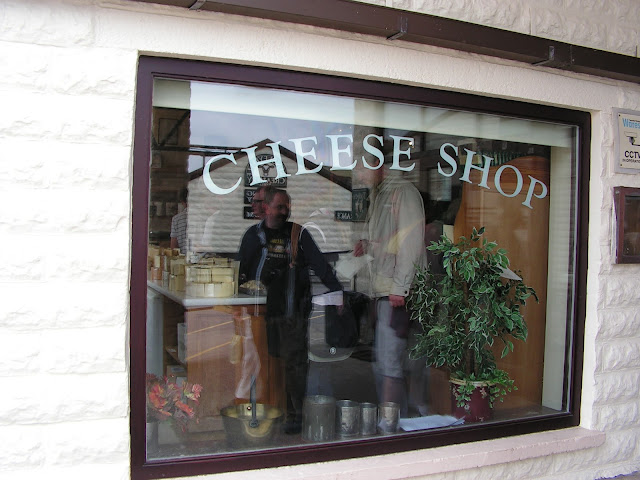 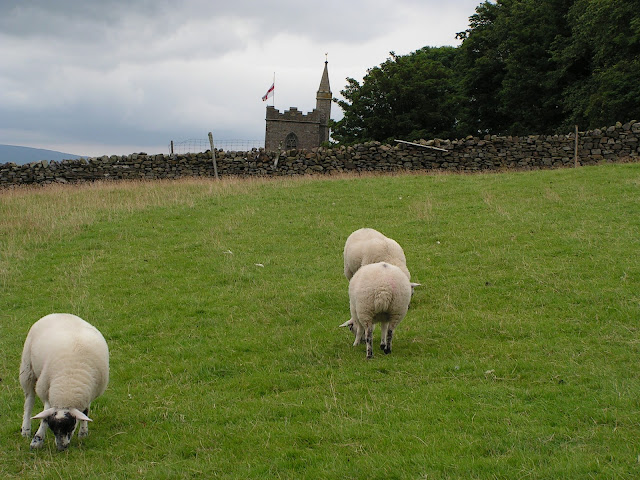 Back in 2007 (according to the photo data) we spent a week with friends in Yorkshire.  Duncan and Stephen live in London, Stephen is from Yorkshire.  We rented a house for the week, they rented a car and drove.  There was an ambitious plan of sightseeing, with stately homes, and ruined abbeys to be seen, even a short ride on a steam train.  We mentioned my love of cheese, and an outing to Wensleydale was planned.  I had never seen Wallace and Gromit, and my lack of connection with the creamery probably mystified Duncan and Stephen.
Wensleydale ships cheese all over, it is a modern cheese making operation, making unique simple cheese, often with add-ins like dried fruit. Between the parking area, and the creamery, we walked across a meadow, a meadow kept trimmed by a small flock of very fluffy sheep.  There were sheep on the hillside behind the house we rented, waking each morning to their gentle Baahs, very fond memories.  I have a soft spot for sheep, and they provide wonderful fleece, and Stephen's mother told me how to cook lamb, so it does not taste sheepy, overcoming one of my childhood food prejudices.  In many ways the week there changed me, travel should change us.
Posted by Travel at 12:00 AM