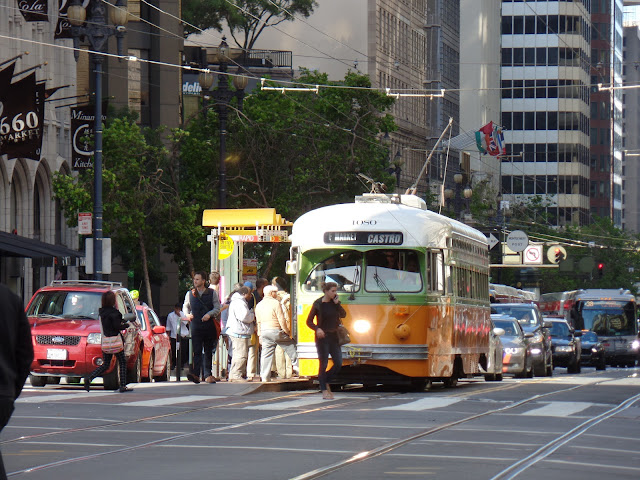 I love the electric street cars in San Francisco, they are a frustration for drivers, but a delight for riders.  The system has preserved old cars, from around the world, refurbishing them with modern updates like heat and air conditioning.  The  stops, have raised platforms, assuring accessibility.  The main line runs from fisherman's wharf, down around the waterfront, then makes a sharp turn at the Terminal and runs out Market Street to a turn around at Castro Street.  Yes that Castro Street, the center of the LGBTQ universe.

Many American cities had electric street cars 100 year ago, most disappeared in the years following WWII, when every American family wanted a car, then two cars and a move to the far distant suburbs.  The sprawling of America.  My father spoke fondly of riding the Detroit system as a youngster.  For 5-cents he could ride for hours in and out of the city.

I look forward to riding the street cars of SF, back to the future again someday.