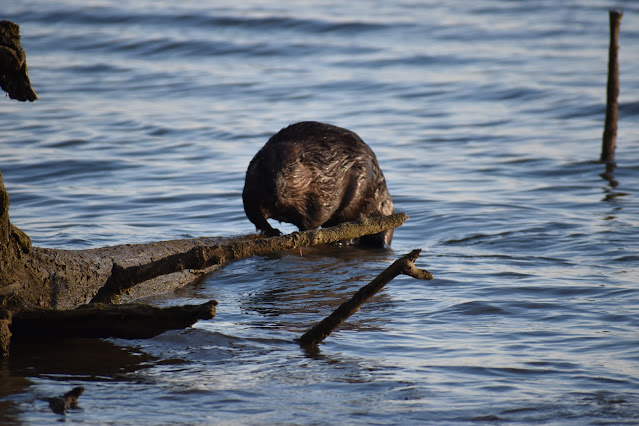 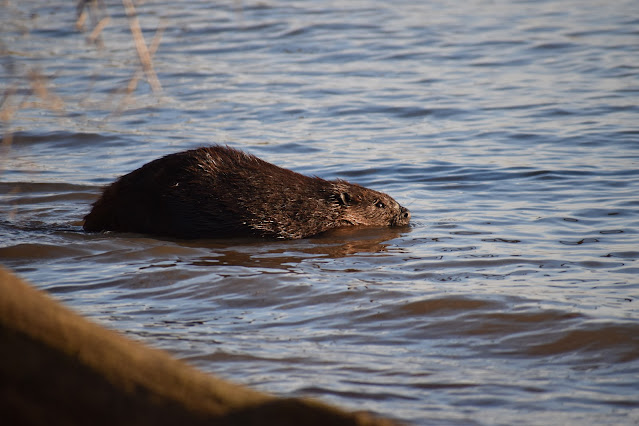 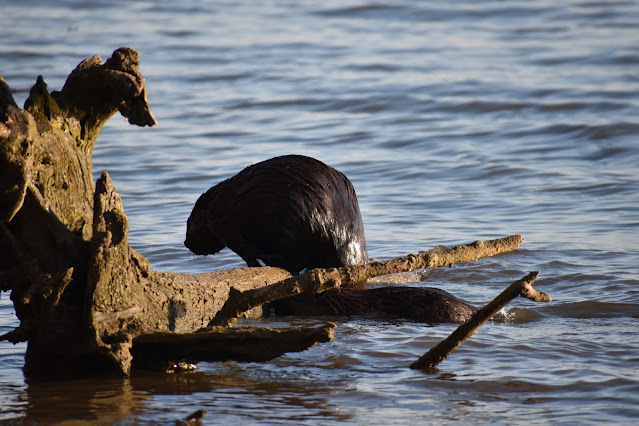 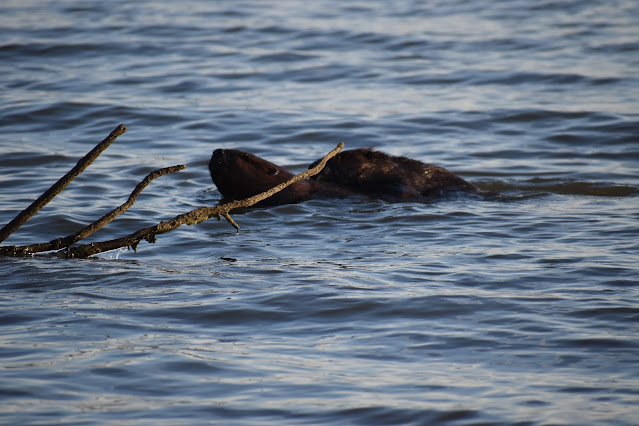 Over the past year, I have caught a fleeting glance of a beaver at the Marsh, always at a distance, usually just a head moving rapidly through the water, with an occasional long back or flip of the tail. Just a fleeting glance, until one morning recently.

I saw the head moving rapidly along the surface of the water near the shore. Much closer to shore than I have ever seen beavers before.  I hiked down onto the beach looking for movement, and there he or she was. In and out of the water, up and over a submerged tree. Then there was a second beaver, entering the water from the beach just around the corner from a small point.  And the two of them, swimming in and around.  Unless I am mistaken, what followed was beaver mating behaviour, with one swimming up onto the back of the other, and well, doing happens like "Mammals on Animal Planet." I hope I don't have to add a adults only warning to this blog post. It didn't last long, they seemed to like one another afterwards.  A google search says that beavers are generally monogamous, and that the kits should be along in about 105 days, usually 2 to 4 in a litter.  The nest is clearly visible on a mucky point in the Marsh, a spot inaccessible by foot, you could get close when the water is high in a kayak.

That chance encounter resulted in the best beaver shots I have ever taken. I almost didn't go for a walk that morning, I had started work early, the walk was later than usual.  I am so glad I went out.

Well, a google search for beaver mating behaviour, should draw some interesting advertising for me over the next few days.