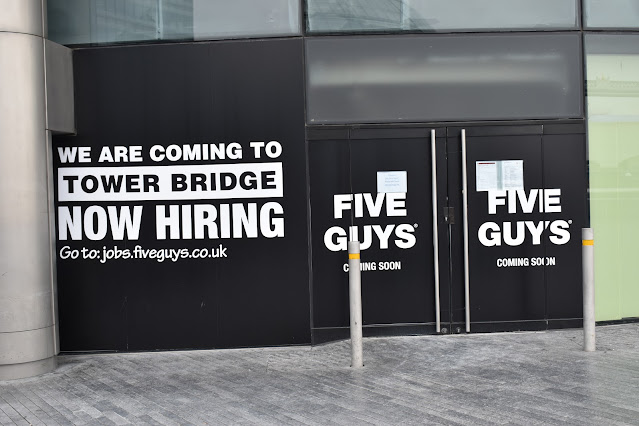 A few years ago my office hosted a law student for a summer, from France.  While she was here, she fell in love with the greasy burgers and overflowing fries (chips) at Five Guys and said she wanted to be the first Five Guys franchise in France.  The company was founded in 1998 here where I live, by a father and his four sons, later joined by a fifth brother.  One of them recently bought an antebellum mansion overlooking the Potomac River just south of here, a deteriorating pile of bricks, pulled a demolition permit late one afternoon, and leveled the place before anyone could scream preservation.  He is building a modern greek revival manse, how big is it, it has a structural steel superstructure, it was too large for traditional framing to hold it up.  The pool house and gym, are something like 5,000 sq. ft.  It is gorgeous.  I wonder how many burgers and fries paid for it. 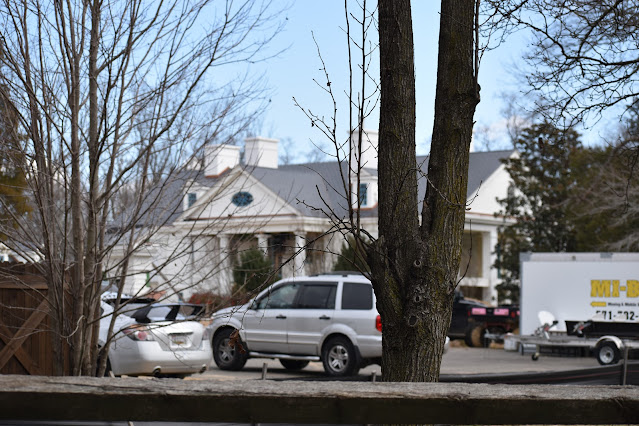 The Five Guys at the top was going in near Tower Bridge in London last spring.  I will admit I have stopped at McDonalds a time or two or three when traveling, but usually not.  In a moment of confusion, it looks like a place for order and reason, until they ask if you want red or white wine with my Big Mac meal deal combo.