The Way We Were Wednesday - Wouldn't you really rather have a Buick? 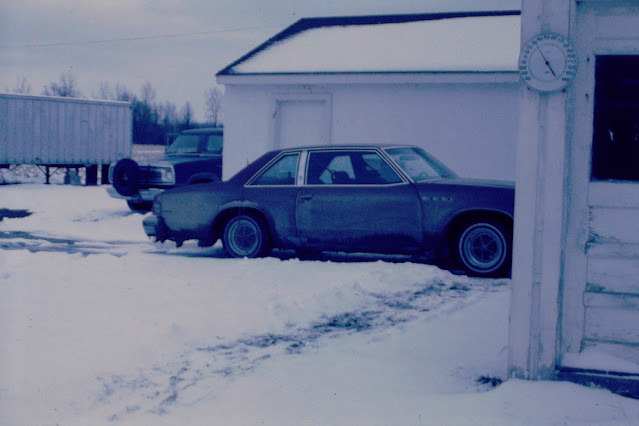 The year I finished high school and left home, my father bought his first new Buick.  The first of many.  He had driven used cars for decades, some nice, some functional, all of them affordable.  The Buick was the first time he went out and bought what he wanted, done the way he wanted it.  As I recall he paid an astonishing $7,000 for it.  This picture was taken a couple of years later, my parents had moved around the corner to the old farm house.  The Dodge pick-up truck in the background, was fun, it had a massive V-8 in it, put your foot to the floor and it would spin the rear tires for about 500 feet.
Back to the Buicks.  My father's mother moved into assisted living late in her life when she decided it was time to give up driving.  One morning she was not feeling well, and my father went to take her to the doctor in what was probably a 3 or 4 year old Buick (it was his third or forth one.) She remarked, "you've had this one a long time, why don't you take some of my money and buy a new one."  She died three weeks later, a month after that he bought another new Buick, not the last one, he bought his last new car about 5 times.
He enjoyed cars, it was good to see him finally buying what he wanted, instead of what he needed. Well there is the story of the Lincoln that he lusted over and came close to owning.  Another day,
Any family car stories?
Posted by Travel at 12:00 AM