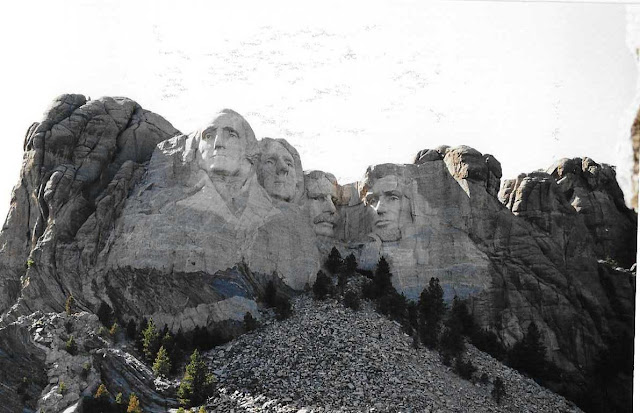 Trump, Teddy-boy, Marco, Bernie and Hillary, really this is the best we can come up with to run for President of the United States.

Trump is our version of Putin, loud, uncontrolled, brash and a bit of an international embarrassment.  He may say what other's think and don't have the balls to say, but there is a reason some thoughts are best left unsaid.

Teddy is scary, he has done his best to obstruct the work of the federal government - I don't understand people who hate our government, wanting to lead it.

Marco always looks like he is about ready to break into tears, and I have read the reports about misuse of his official credit cards for personal spending when he was in Tallahassee - not someone I want the treasury secretary reporting to.  He endorsed a proposal, to stop collecting Social Security payroll tax from persons who had started to draw Social Security retirement benefits, and continued to work, he somehow thought that not collecting this tax while paying benefits would strengthen the solvency of the system (pay out the same benefits while collecting less revenue?)

Bernie, he was elected as a Socialist party candidate at least once, he was elected to the Senate as an independent because he thought the Democrats were to conservative.  He is a champion for aging issues, but a little to far out there to be electable.

Hillary, the only one of the bunch I have met.  She is brilliant, Bill once remarked that we elected the wrong Clinton if we wanted the brightest one. But she has so much baggage - she will be a punching bag for gridlocked government.

Can we run one of the guys off the mountain?

Mt Rushmore, near Rapid City South Dakota.  I flew into Rapid City on work, rented a car and drove out to Mt Rushmore on the way to the hotel.  It is really amazing.  It is kind of in the middle of no-where.  Worth the diversion.
Posted by Travel at 12:00 AM