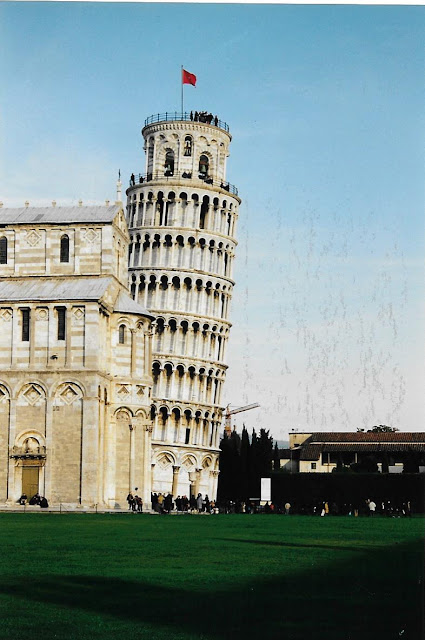 Would anyone know where this was, if they had fixed the tower?  Over the centuries there have been attempts, in fact the builder started to correct for a lean before the tower was finished.  But time and unsuitable subsoil conditions prevailed and the leaning tower of Pisa is known around the world.  The biggest fear now is that in another 500 years it will fall over,  The locals don't want to straighten it, but they would like to keep it from toppling.

A lot of communities would have torn the tower down, who wants to be known for an engineering defect?  It stands in part because it was a part of the Church and people are reluctant to demolish religious structures, and it was in an impoverished parish, parts of the adjoining church were never given the final layer of finished stone - revealing the recycled Roman stones used to build the structure underneath.  I have to fear that a couple of wealthy benefactors 200 years ago and that crooked bell tower would have been torn down and rebuilt, and the world would have lost forever a thing of beauty.

I was talking with a dear friend recently and she was talking about wanting plastic surgery for her birthday.  Why, she has wrinkles around her eyes and a little sag where she has lost an extra 30 pounds around the middle.  I told her she was beautiful and shouldn't mess with her body.
Posted by Travel at 12:00 AM