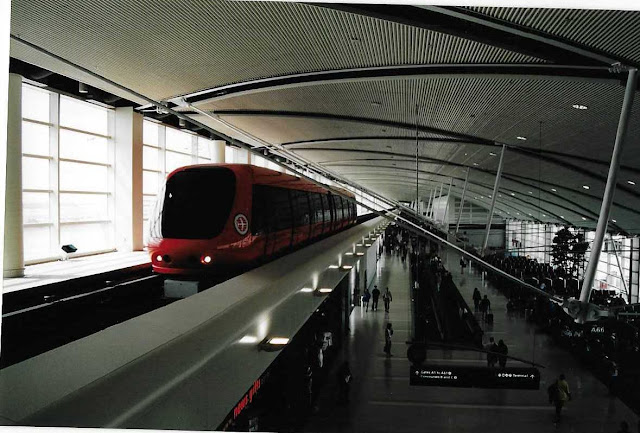 I like to travel, and for the most part, I like airport terminals.  Now having grown up with a father who knew how to fly, I long ago understood the difference between an airport and an airport terminal.  The airport is the runways, taxi ways and the things that planes use to come and go, the terminal is the buildings that people use.  I get upset when people say that a city is building a "new airport" when in fact what the city is building is a new terminal at the same old airport.  You can put all of the new buildings you want at Midway in Chicago and it will still be the same old crappy blocked in and barely large enough for modern jets airport.

Detroit was the first place I flew out of on an airline.  The old terminal at Detroit was built in the late 50's early 60's, when I flew out of there in the late 70's it looked like hadn't been cleaned in a decade.  A dozen year's ago Detroit built a new terminal for Northwest Airlines, and NW promptly merged with Delta.  The main concourse in the new terminal is over a mile long, and has a people mover, actually a modern cable car to shuttle passengers from one end to the other.  It is light bright and inspiring.