It is all perspective 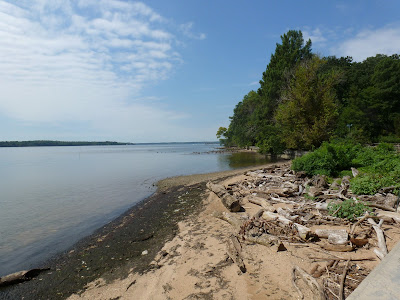 I recently deleted a Facebook posting.  A few of my loyal readers had commented on it, I felt bad about deleting it, but I felt even worse about having put it up.  It was a post ranting about the idiots and incompetents I had encountered at my job.  I was frustrated, as I can easily be, by people who screw up the fundamental tasks that are part of their job.  I went onto Facebook from the office and vented my frustrations.

Then, a Facebook posting showed up from an acquaintance who had just been notified that his job has been eliminated. He had temped for 2-3 years, and finally last year landed what looked like a permanent job.  Demand has slowed, and his employer dropped the job they had told him he would be perfect for. He works in a field with not a lot of positions. meaning you usually have to move to find a job.  His wife has a good job where they live now.  It looked like they were both going to have good jobs, in their fields, in relatively the same place, and not now.  His FB posting was filled with despair.

Suddenly I felt silly for having complained about my job.  I have a good job.  I know I have funding secured for another year.  Yes it has it's frustrations, but those are part of the job.  It is all a matter of perspective, I would sooner deal with the idiots, then not have a idiots to deal with.  How dare I complain about my job, when others would love to have it.

I was recently off on medical leave for two months.  I am so thrilled to be back to work.  My work is a part of who I am, I have projects that I love (even of they are frustrating from time to time.)  When I left the office in May to go to the hospital, I honestly was not sure when or if, I would ever return.  I am so glad to be back. How dare I complain about work, it is all a matter of perspective.  I'd sooner clean up the mess caused by incompetence, then be unable to do so.
Posted by Travel at 6:00 AM