The Way We Were Wednesday - Third Car in less than two years? 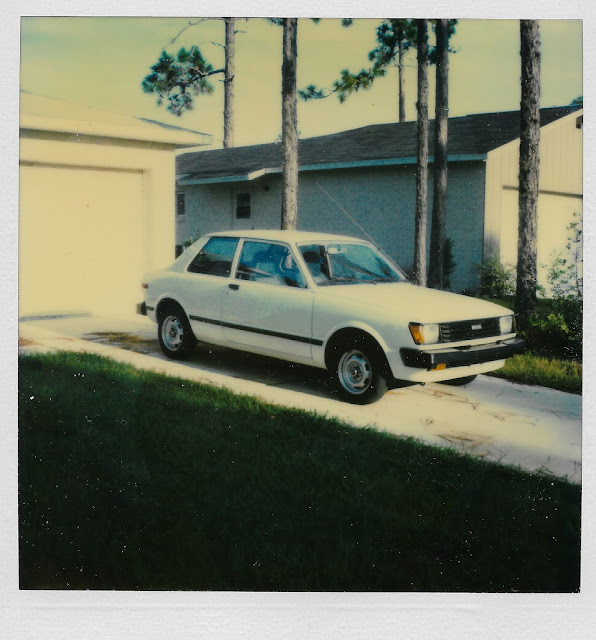 Back to my car history for a couple of weeks, I have owned a lot of cars.  When I built my first little house, affectionately referred to as Taco Bell for the quasi spanish exterior, I was driving the little Yellow Rabbit, then the LeCar, and then a Toyota.  I didn't remember that the Toyota came while we were still there, but here is a photo of it on the stained driveway.  I only owned that house two years (sold it and made $10,000.)

This was the first time I made a car salesman cry.  It was late, it was raining, I had taken him for a wild ride around the block, then spent an hour debating price and trade in allowance on LeCar.  Finally I pulled out my check book, wrote a check, handed it to him and said, if this does the deal, I will drive it home, if not, I am going home.  With tears in his eyes he said, "my manager told me to not come back asking for anymore!" I said, show him the check. He did, the manager stuck his head out of his office - smiled and said, "done deal, I'll have the paperwork done in five minutes."

I drove the crap out of this one for two or three years, put a bunch of miles on it, and got more for it in I trade when I bought the first Mazda, than I had paid for it.

I have wondered, if the salesmen was not cut out for the job, or if he is a great actor who missed his calling.