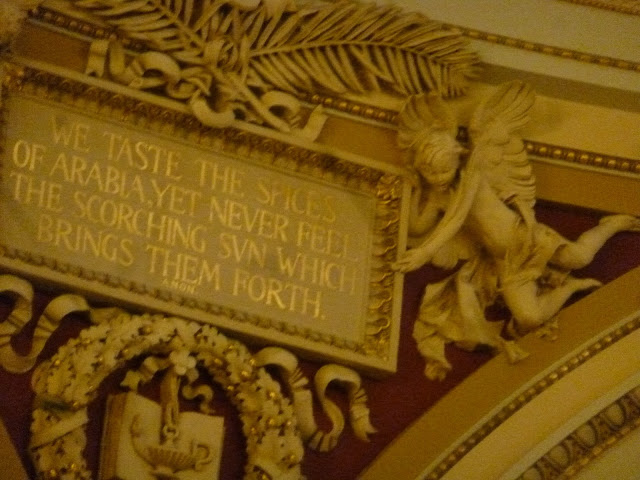 Sometimes I wonder about the future.  I watch folks glued to their screens, held captive to the created world of social media, video and games, their ears filled with a constant sound track of recorded sounds.
I was out walking recently, I paused and I could hear the leaves on the trees shimmering in the breeze.  Looking up I could see their shuddering, almost shivering in the wind and the sun.  If I had been looking down, I wouldn't have seen it, if I had my ears filled with noise, I would have missed the sound.  There is a joke about reaching the age when you turn down the music in the car when you are searching for a street address so you can see better.  But it is true.  I do it, I see others do it. People devote their life to trying to unravel the workings of our brains, this piece is simple, concentration is enhanced with less distraction.  Why? I have no clue. Maybe we lack bandwidth, or processing power - Apple would simply upgrade.
I do know that when I am listening to what is happening around me, I see things I don't see when I am distracted.  People who have sensory differences, perceive the world differently.  60 minutes did an amazing report on an architect who lost his eyesight in a one-in-a-million medical event.  His career blossomed after his change, as he learned to perceive the world differently through sound, contact, and even smell.
I met a man in his late 20's recently who lives with autism.  As a child and young adult he was classified and non-communicative.  With modern school practices he attended classes with his peers, but he had no output, nothing to grade.  When he turned 18 his parents became his guardian, basically being told you have a child for a lifetime.  In his early 20's a new therapist put a keyboard with images on it in front of him and started asking him to press the button for things he saw on the board as she read off a list of possibles.  He scored 100%.  It is a system called rapid prompting.  He has progress to a standard computer keyboard.  As he will tell you, his brain works, he learned to read, write and think along with his peers, but the outside of his body didn't communicate what was in his mind.  His motor control is too weak for handwriting to be legible.
We know so much, we know so little about how our minds work.  We are all works in progress, keep practicing, keep trying new things.