The Way We Were Wednesday - Space Shuttle 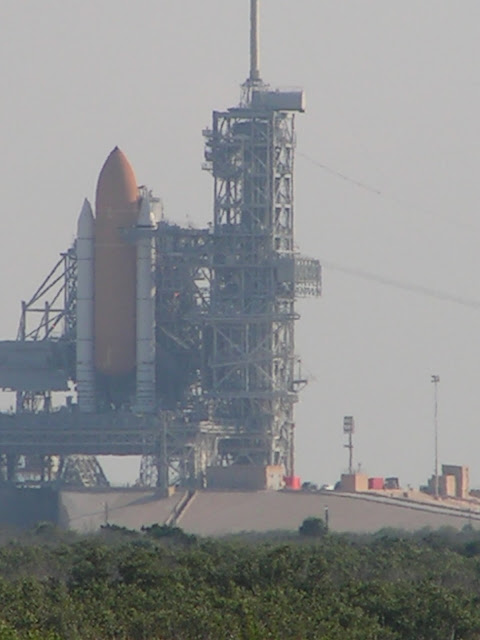 When I was in high school, my parents bought a house in a small city across the river from the Kennedy Space Center.  I was living there as the space shuttle project was being developed.  By the time of the first launch I was working in Orlando, but I could drive to my parents house on the coast in less than an hour, and I often went over and spent the night, especially when they were out of town in the summer.

I was there standing on the banks of the river for the first shuttle launch.  I actually went twice for it, the first time the count was down to mere seconds and shut down.  On the second try, it went.  You see it, before you hear it, you hear it before you feel it.  And Yes, you feel it, from 10 miles away you feel the vibration, the pulse of the immense power.  As the program progressed, you could get passes to get close, out on the barrier island, within 5 miles or so of the launch site.  The most spectacular were night launches.

I was working in Orlando when the Challenger exploded.  The window in my office faced the wrong direction, I was talking with a client on the phone whose office faced east.  He simply said, "something is not right, I will call you back and hung up."  I stepped outside looked east and could see the vapor trails crossed in ways they had never crossed before, and ending, just sort of stopping in the sky rather than extending over the horizon.  This was before the internet, we didn't have television in the offices, I was glued to the radio.  It was several days before work resumed, before we picked up that phone call where it left off.